Social Media is for Making Connections 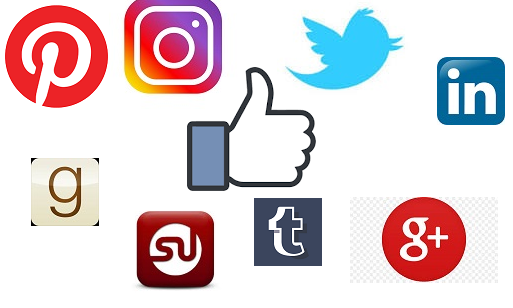 My husband always accused me of spending too much time ‘playing’ on Facebook, and although I do spend a lot of time on social media, what I’m really doing is promoting my writing and interacting with other authors and potential readers. The truth is, social media can be a valuable tool for authors, if they go about it with the right expectations.

Although I hear paid Facebook ads can drum up a few sales, but if we don’t want to spend a lot of money, we shouldn’t expect to sell a lot of books through social media. I know it doesn’t sound like it’s really very beneficial when you look at it from a sales perspective. But social media can be benificial if we use it to connect. Social media connects me with other authors and potential readers via several channels.

On Halloween, I co-hosted the Dead Man’s Party event, together with DL Mullen of Sonoran Dawn Studios. Though I had participated in several such events, this was my first experience with the organization of one. It was also the first audio event I had ever heard of. We mixed things up a bit by having the participating authors provided readings of their works of paranormal and horror, intermixed with the regular promotional posts, silly party games and giveaways. I had recently reviewed Dark Visions, a horror anthology compiled and edited by Dan Alatorre, which had just been released, and with his help, I was able to recruit many of the authors of the stories from the anthology. It was a learning experience, as many of these authors had never published anything before,  or done an event such as this. I did many of the recordings and put together one video reading, as well as creating promotional posts for many of them. The whole thing was a lot of fun, drawing in over 1000 visitors I’m told. Overall, it was a success and a lot of fun, and I made many new friends and followers.

But, it was also a lot of work. The recordings took a lot of time to get them right, their were a few audio problems with the video presentation, and I made their promos like I do for my own work, with loving care. However, it was worth it all to get the experience and improve on my promotional skills, as well as in watching my number of followers grow. And one of my new author friends from the event will be joining the WtbR team as a contributing blogger to start the new year. The work I did also gave me some much needed samples of my promotional work, which I used to start my new Copywriting and PA Services page.

So you can see how this event benefited me greatly. Although I didn’t sell a single book, (the ones I gave away don’t count here), I did prosper from the event in many other ways. The message here is to social media to your advantage, but use it in the right ways and for the right reasons in order to avoid having your expectations left unfulfilled. But that’s how you have to approach social media promotion. The first word in social media is ‘social’. It’s there to make connections. That’s what we can expect to get from promotions on social media platforms. Promotion on social media can bring you authors to network with, or readers to build your platform. Any real book sales that you do get are just a nice bonus, but they cannot be expected. 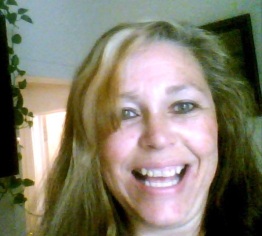 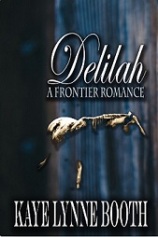 I also gain followers through my Facebook pages. I currently have four pages. The primary page is my Kaye Lynne Booth – Author and Screenwriter page. I also have a page for Delilah – Kaye Lynne Booth, for news concerning both my published western and for book 2, Delilah the Homecoming which is still in the draft stages, as well as pages for two WIPs: my scince fantasy series, Playground for the Gods – Kaye Lynne Booth, and my memoir, His Name Was Michael – Kaye Lynne Booth. Through these pages I hope to gain followers who are interested in my writings. By building my platform, I hopefully gain readers who will buy my book.

I’m a member of a large number of author and book groups that allow promotional posts, as well as discussions. We should realize that most of the participants in these events like the one I spoke about above are other authors and the ‘book sales’ you get will be from giveaways. I use this to my advantage by making these connections my goal, instead of going about it with expectations of increased book sales. I spend my time on social media sharing promotions for my blog posts, responding to comments on my posts, sending out friend requests, and interacting. Through the new author friends that I make at these events, I’m able to find authors in need of interviews or book reviews for Writing to be Read, and my followers are growing through my efforts, as well.

So, I say that social media can be a useful tool if we set the right expectations and use social media the way it is meant to be used. Connections can be valuable to an author, especially a new author. We just have to see it’s value and find ways to use it to our benefit.

An Adventure in Social Media Marketing

In my post, It’s All in the Packaging, I interview cover designer, Dawn Leslie Mullan and I issued a plea for your help and support as the cover art for Delilah made it to the second round in a book cover contest on Facebook. Unfortunately, we didn’t make it into round three, but I want to thank all those who took the time and went to the effort to vote. Delilah has a great cover that fits her story, and I appreciate everyone who jumped in a tried to help us win. I also want to thank DL Mullan for providing such a great cover and Robin Conley for nominating it.

Although I have participated in release parties, it was my first experience with an event like this on social media, so I learned a lot from the experience. I think there are several reasons why we didn’t make it to round three. The promoters of the event were romance authors, and many of the covers we were up against were romance covers, especially the ones which got the most votes, which leads me to believe romance readers were the majority of the audience attending this event, so I considered it lucky that I was able to get the votes I did. Again, all those that voted, whether from my previous blog post, or from my massive marketing campaign to gain votes, you guys are great, and greatly appreciated.

I also learned what not to do when hosting an event like this. The event promoters laid out a set of rules for voting, which had participants clicking and liking various pages, and although the rules were laid out, it seems several of the participants failed to do so, because in later rounds, new “Rules” posts were put up, saying those who failed to follow each step would not be counted. Also, at the end of round two, they announced that hearts did not count as votes, only ‘likes’, but this was not stated at the beginning, so anyone who had someone who loved their cover enough to give it a heart was disqualified.

I think these events should be made as easy as possible to participate in. Think about it. We’re asking people to take time out to go to a page and vote, or play silly games to win prizes in the case of release parties. The games should be fun, or at least funny. The prizes should be something that will be viewed to have some value. And voting should be quick and easy, only taking a few minutes of their time. And for heavens sake, if someone does accept your invitation and attends, or votes for you, show some appreciation and thank them. I know I do, and it keeps readers coming back for more.

I was happy that the cover for Delilah made it to round two, and disappointed that it didn’t go to round three. Maybe next time. Although, I am wondering how effective these social media events really are. A couple of authors I’ve talked said they’ve participated in release parties, but haven’t seen any real increase in sales from them. That could be partly because they are attended mostly by other authors, so we may be playing to the wrong audience there.

I’d be interested in hearing from other authors who participate in these events. I’d like to know how beneficial they really are. Do they bring in sales of your books? Or are they a waste of time? If you’d like to weigh in, leave a comment here, or contact me at kayebooth(at)yahoo(dot)com.