Writing for a YA Audience: Romance Darkly

My mom and uncle are obsessed with Westerns. They grew up watching Westerns and still make time for them every weekend. While watching a Western with my mom, I had the idea of writing a young adult Western…with a steampunk twist. I brainstormed a ranch with a family secret. Along came TREASURE DARKLY.

After the first draft, it was recommended I add in a romantic theme. Thus, Clark and Amethyst fell in love. It worked. I didn’t have to force them together. They were already best friends, and it flowed that they should develop romantic feelings for each other. 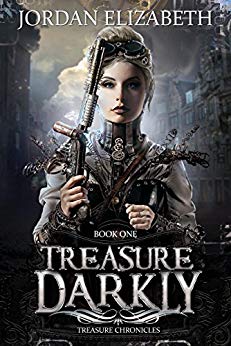 Then came the challenging part. My first editor for the story wanted more romance.  I wasn’t a romance writer.  Sure, my main characters each had a love interest, but I wouldn’t call my early works romances.

I set out to read romance novels to get a feel for the genre. I read some young adult romances, some Harlequins, and then I discovered a love of paranormal romance. I devoured those and wanted more. Eventually, I felt ready to write my own romance.

Young adult romances are tricky. Some people don’t want any sex in YA novels; some people say its okay. I struggled with that fine line before firmly stepping onto the “no sex” side. Yes, the book does get a bit steamy, but there is never explicit sex.

“But teens already know everything about sex,” I’ve been told.

Okay, that might be the case, but it doesn’t mean every young adult book has to contain graphic sex scenes. I want my books to be more about the adventure and setting than erotica. 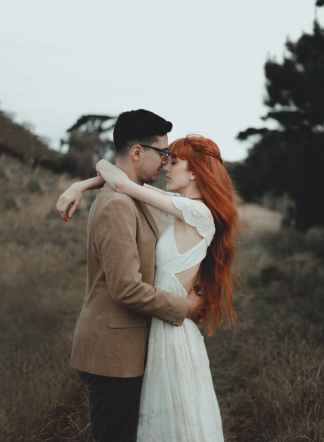 Photo by Anderson Weiss on Pexels.com

Jordan Elizabeth is a young adult fantasy author who dapples in the steampunk realm.  You can connect with Jordan via her website, JordanElizabethBooks.com.

Want to be sure not to miss any of Jordan’s Writing for a YA Audience segments? Subscribe to Writing to be Read for e-mail notifications whenever new content is posted or follow WtbR on WordPress.

Clark Treasure carries within himself a dark treasure, which gives him control over life and death, and allows him to communicate with spirits. The army wants his secret and drives him into a life as a fugitive, in this haunted YA steampunk romance with a western flair, Treasure Darkly, by Jordan Elizabeth. Clark seeks refuge with the man he believes to be his father, a rich man with a lot of pull in Hedlund, the Big Valley of steampunk, hoping to ride on the Treasure name for protection. His true father comes to him as a spirit after the ruse has already been set in motion and sends Clark on a mission to take care of his unfinished business. Amethyst Treasure, the feisty, spoiled sister who’s not, becomes an object of affection when they both learn there’s no blood between them, and by the end of the book they’ve fallen in love, of course.

Elizabeth sets this first book up well to carry the rest of her Treasure Chronicles series, wrapping up the romance, while leaving the main story open ended to carry on another day, or another book or two. My only criticisms lie in the fact that at times, it didn’t feel like the characters actions and reactions were genuine and that Elizabeth detours from the main storyline from about Chapter 33, after Amethyst’s male friend from the city, Joshua, shows up at the ranch unexpectedly. The family choses this exact time to all go on a family outing, making it feel as if we’ve taken an abrupt jog into a subplot involving Amethyst’s brother, Jeremiah, and a brief romance. While this was a neat little tale driven by the urge to reveal character, I had to pause and ask myself why Elizabeth chose to stray so far from the main story with this section that doesn’t seem to move the story forward.

The place in which Elizabeth choses to end this tale feels unfinished, leaving many unanswered questions, but perhaps this was purposefully crafted to carry us into the next book in the series. For me, however, it felt like an abrupt drop off, leaving many loose ends dangling. It felt like there should have been more, maybe just one more chapter to tie everything neatly together before sending readers off to ponder the story in their own minds, which they will, because Treasure Darkly is a story that inspires deeper thought processes. It has an interesting and well thought out premise, that leaves many possibilities open to discovery. I look forward to seeing what future tales will be inspired for this series.

Overall, this is a very entertaining read. I’m a sucker for westerns, even in a steampunk world. Throwing in aspects from the spirit world, Elizabeth certainly added an interesting twist, if at times too convenient, but none-the-less enjoyable. I look forward to reading its sequel and hope to have the opportunity to review it, as well.

Jordan Elizabeth is a steampunk princess well on her way to living out her fairytale dream of being a successful YA author in New York. Her other works include Escape from Witchwood Hollow, Cogling, and Book Two of the Treasure Chronicle series, Born of Treasure. I give Treasure Darkly three quills.

Kaye Lynne Booth does honest book reviews on Writing to be Read, and she never charges for them. Have a book you’d like reviewed? Contact Kaye at kayebooth(at)yahoo(dot)com.