Are there benefits to singing and rhyming verse for children?

I love nursery rhymes and children’s poetry. When my boys were younger we used to listen to children’s songs and nursery rhymes in the car wherever we went. We used to sing along and I even bought them bells and shakers so that they could join in the music making.

One of Gregory’s favourite nursery rhymes was Aiken Drum, a popular Scottish folk song and nursery rhyme. It is believed to have its origins in a Jacobite song about the Battle of Sherifmuir (1715).  You can listen to a version of it here:

I find nursery rhymes very fascinating, particularly when I probe the origins of some of them. Ring a ring o’ Roses, for example, is alleged to have originated from the black plague. A rosy rash was a symptom of the plague and posies of herbs were carried by people as protection and to cover up the smell of the disease. Sneezing or coughing was a symptom once the disease had progressed and then the sick person usually died and so literally “fell down” dead.

I have often wondered, however, whether there are any specific and acknowledged benefits to be derived by small children from listening to nursery rhymes and being read to in rhyming verse. If I think of Dr Seuss books, they are all in rhyming verse and they are always punted as being a really good choice of early readers.

I decided a little bit of investigation was in order, especially, as my own books, co-authored with Michael, are written in rhyming verse. The experts listed the following benefits to singing nursery rhymes to your children and reading to them in rhyming verse:

Just as an aside, Puff the magic Dragon is one of the nicest rhyming verse story books I’ve ever read. 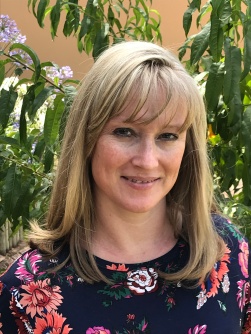 Hello, my name is Robbie, short for Roberta. I am an author with six published children’s picture books in the Sir Chocolate books series for children aged 2 to 9 years old (co-authored with my son, Michael Cheadle), one published middle grade book in the Silly Willy series and one published preteen/young adult fictionalised biography about my mother’s life as a young girl growing up in an English town in Suffolk during World War II called While the Bombs Fell (co-authored with my mother, Elsie Hancy Eaton). All of my children’s book are written under Robbie Cheadle and are published by TSL Publications.

I have recently branched into adult and young adult horror and supernatural writing and, in order to clearly differential my children’s books from my adult writing, I plan to publish these books under Roberta Eaton Cheadle. My first supernatural book published in that name, Through the Nethergate, is now available.

I have participated in a number of anthologies:

I also have a book of poetry called Open a new door, with fellow South African poet, Kim Blades.

Want to be sure not to miss any of Robbie’s “Growing Bookworms” segments? Subscribe to Writing to be Read for e-mail notifications whenever new content is posted or follow WtbR on WordPress. If you found it interesting or entertaining, please share.

47 Comments on “Are there benefits to singing and rhyming verse for children?”