Chatting with the Pros: Interview with western author Scott Harris 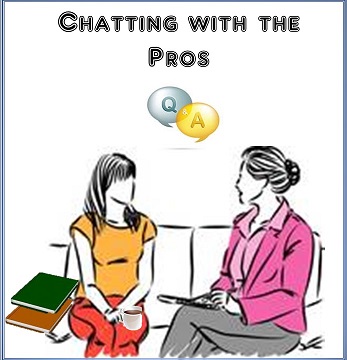 Today my author guest on “Chatting with the Pros” is a successful western author, who also happens to write his own blog, which ranked in the top 10 western blogs by Feedspot. He has written many western novels and numerous western short stories. His Brock Clemons Series was a finalist in the Western Fictioners Peacemakers Award and is ranked as a top selling series by his publisher, (and mine, as it happens), Dusty Saddle Publishing. According to his website, he grew up on Louis L’Amour. When it comes to the western genre, he really knows his stuff. Please help me welcome western novelist Scott Harris. 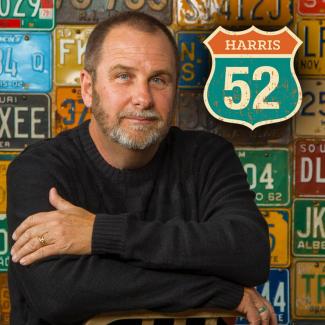 Kaye: What is most challenging about writing western for you?

Scott: Since I am still working full-time running my company, finding the time to write is the most challenging thing. I usually write in the morning and have to drag myself from the keyboard to go to work. I’m hoping retirement fixes that.

Kaye: You have three books out in the Brock Clemons series? What can you tell me about that series?

Scott: There are actually eight books in the series. The six novels (in order) are: Coyote Courage, Coyote Creek, Coyote Canyon, Mojave Massacre, Battle on the Plateau and Ambush at Red Rock Canyon. Additionally, there are two collections of short stories based on the Brock Clemons characters: Tales From Dry Springs and Tales From the Grand Canyon.

Brock was my first series, so it holds a special place in my heart. The characters are more complex than those in my subsequent series, which makes writing the stories more difficult and more rewarding. I will come back to these characters, but probably not for a year or two.

Kaye: What can you tell me about your CAZ: Vigilante Hunter series?

Scott: This series is pretty much the antithesis of the Brock series. It is six books (Slaughter at Buzzard’s Gulch, Never Shoot A Woman, The McKnight Massacre, Fire From Hell, Hell on Devil’s Mountain and A Whore’s Life) about a man named Caz (no last name) who travels the West searching for and killing evil men who have evaded justice. The series was an absolute blast to write.

Kaye: When writing for a series, do you outline the whole series from the start, or do you add books as you go? Are the books stand alone, or do the follow a chronological path which should be read in order?

Scott: I am on my 3rd series now (Stagecoach Willy) and I’m in the middle of the 2nd book. I have no idea where the next books are going to go and won’t think about the 3rd book until I finish this one. As a matter of fact, I do not outline my books at all. When I finish a chapter, I have no more of an idea of what the next chapter holds than the reader will. I know that’s different than most writers, but for me, it keeps the writing fresh.

For the most part, the Caz books can be read as stand alone, there is very little crossover from book to book. The Brock series is different and benefits by being read in order.

Kaye: The most recent book in the Brock Clemons series is Coyote Canyon. Can you tell me a little about that book?

Scott: Coyote Canyon came out early last year and was the 3rd book in the Brock series. The series can be thought of as two different trilogies (Dry Springs and Grand Canyon), so in that sense Coyote Canyon was the last in a trilogy. It was a fun book to write because it wrapped up Brock and his families time in Dry Springs and set the stage for them to move to the Grand Canyon.

Kaye: In addition to your western novels, you have also contributed to several western anthologies. Do you prefer writing book length works or short fiction? Why?

Scott: I think that depends on my mood. My short stories range from 500 words to 5,000 words and sometimes I have an idea that I think is powerful, but requires no more than a short story. It can be freeing to write shorts without having to worry about the continuity that novels require.

On the other hand my novels (Brock averages about 50,000 words per book and Caz closer to 30,000 words) allow me to explore ideas and characters in depth. I would hate to be limited to one or the other.

Kaye: You wrote a collection of short stories together with your son, Justin. How did that work? Did you write each story as a collaboration or did you each contribute stories of your own? Was it a good experience? Would you do it again?

Scott: We wrote our own stories, though we talk 2-3 times per week about what we’re working on. He is my best story editor and muse. It was a great experience and we’re working on some things together right now. He’s also about halfway done with his first novel.

Kaye: What is the most fun about writing western for you?

Scott: Coming up and with sharing my ideas. It is really exciting to be able to create stories and characters and then do with them what you will. I have learned that it doesn’t take long before the character takes over and I find myself saying “He/She would never do/say that”

Hearing from readers that they like my work is tremendously rewarding. And I’m just old fashioned enough to still love seeing my books in actual print, with paper, ink and a cover.

Kaye: Your blog recently received the Feedspot award, ranking it up there with the top 20 western blogs out there. I believe your blog was actually ranked in the top 10. Would you like to talk a little about that?

Scott: It was flattering, of course. I try to write posts that are honest and candid. I share my troubles and mistakes (at least with regards to writing) and I believe that resonates with people. I love getting feedback from readers. I am absolutely certain that I learn as much, if not more, from my readers than they do from me.

Scott: The genre certainly leans toward being male dominated, but it’s changing and more and more women are getting involved, which is great. Certainly the 3-4 huge names dominate the book stores and it’s tough for most of us to get any shelf space. But, Amazon opens the world for independent writers and gives many of us a chance to find an audience. Can’t ask for more than that.

I have noticed the western romance genre getting more notice and attention. It’ll be interesting to see if that continues.

Kaye: Where do you see the western genre going in the future?

Scott: Wherever we want to take it, or maybe more realistically, wherever the readers want us to take it. There are plenty of different genres sitting under the Western umbrella, so it’s up to us to write some great books and pull in readers – new and old – and at the same time, we need to listen to what the readers are telling us.

Kaye: What is in store for the future for Scott Harris? Does Brock or Caz have more stories in store for them? You are working on the second book in the Shotgun Willy series? Tell me about that series, if you would.

Scott: I’m done with Brock and Caz for now. I am working on the 2nd book in the Stagecoach Willy series. Willy is a stagecoach driver and keeps stumbling into trouble and then I need to write him out of it. He has a sense of humor, which is fun to write and has a partner, Ten, that he’s been staging with for years. When I finish the 6th book, I plan to do a “capstone” book that brings Brock, Caz and Willy together in one grand book.

Kaye: What do you like to do when you’re not writing?

Scott: Spend as much time as possible with my wife, Randi, my son, Justin and my daughter Samantha and her husband Devin. Randi and I travel quite a bit, try to take one RV trip per month. Next month is a 3 week trip to South Bend to watch our daughter graduate from Notre Dame Law School.

Next year, we’re retiring and moving to Tennessee. Very much looking forward to it.

I want to thank Scott for chatting with me here and sharing some of his expertise in the western genre. I very much enjoyed this and hope all of my readers have, too. You can learn more about Scott Harris on his blog and website, or on his Amazon author page. Join me next month on “Chatting with the Pros”, when my guest author will be hardboiled crime fiction novelist Jim Nesbit. I hope to see all of you then.

8 Comments on “Chatting with the Pros: Interview with western author Scott Harris”