← “A Warm Winter Skye”: A Christmas Novella that touches the heart
Double the mystery, double the suspense with “Double Blind” → 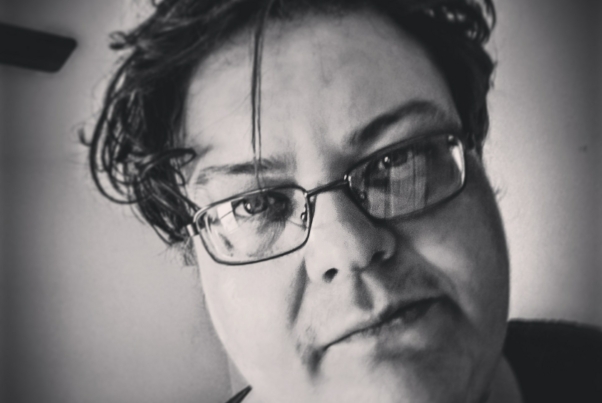 The first Wednesday of every month, science fiction and horror writer Jeff Bowles offers advice to new and aspiring authors. Nobody ever said this writing thing would be easy. This is your pep talk.

When I was deciding to go back to school for an MFA, I noticed that a lot of writers—particularly those working in Science Fiction and Fantasy—looked down on the need to earn a secondary degree in what is essentially a field dominated by outsiders and formerly independent upstarts. Most successful writers have no MFA, after all. They learned to write successfully on their own. Teachers and professors need MFAs, but not writers. That’s the general feeling out there.

And I had no intention of becoming a teacher. I did, however, have a strong desire to tell stories at a higher level than I was capable of at that time. The thought of going back to school was both exciting and nausea inducing. Like many writers, I’ve got a touch of anxiety and isolationism. Meeting new people, lots of new people, it can be tricky for me. I also knew if I chose the wrong program, it’d set me back in my career rather than push me forward.

If you are considering a creative writing MFA, know there are basically two categories these kinds of programs can fall into: literary and traditional vs. everyone else. I write genre fiction. I’m a hopeless pop culture nerd and it never occurred to me to write anything else. Luckily, that made my decision much easier. Sensing correctly that most traditional master’s programs can get snobby about what and how you write, I knew I needed to place myself among like-minded people. At the time I decided to apply, the early part of 2013, there were only a few programs in the United States that specialized in genre fiction (that is to say, Sci-Fi, Fantasy, Horror, Crime; you know, the good stuff). Two of these were clear across the country, and all had a ‘low residency’ requirement, which is just another way of saying students have to live on campus a few weeks of the year.

The third program I found was a fairly new entry into what has since become a growing category of alternative MFA programs and certificates. It was also in my home state, Colorado, about 150 miles west of the little prairie town where I live with my wife. Western State Colorado University is a small but growing mountain college nestled in the Gunnison Valley, absolutely beautiful place, especially in the summer. The setting is rustic, but I’m a rural Colorado guy anyway, so it suited me just fine. Like I said, I was pretty nervous about meeting a whole new group of people, but I was hopeful in the very least that I’d come out of the program a much better writer, ready to take on the literary world in all its many serpentine manifestations.

During the two years I attended Western, I wrote an enormous amount of material, the majority of which I published. Actually, I started publishing it in the middle of my coursework, which impressed my classmates. I’d already been writing seriously for seven or eight years, and that’s kind of a stereotypical calibration mile marker at which point writers ‘stop being just okay’ and ‘start getting good’. Anyway, maybe the timing was on my side. Make no mistake, writers can be a jealous and fickle lot, and many who doubt their own abilities fall victim to popular whims and the nasty habit of clinging to others who, ehem, smell like success. That’s actually a constant in entertainment industries far and wide, so it really shouldn’t come as a surprise that nastiness and in-fighting can and do occur in MFA programs.

So while I can honestly say I produced a large amount of quality (and more importantly, saleable) work, the sum total of the experience was perhaps not exactly what I expected. For one, if you find that you’re a bit of a loner—as many authors are—you may consider other avenues. The notion of community is indeed important, but in programs such as these, group dynamics are a factor. You may experience interpersonal drama as the natural course. Heck, you may even participate in it. Some people think competition is good, that it breeds character, dedication, and an overall positive, can-do attitude. I don’t agree. I think it usually brings out the worst in people. The problem is that folks get into the mindset there is only so much success to go around, a grand lie if there ever was one. And really, a high-stress creative environment can only exacerbate insecurities, anxiety, and small-minded thinking. It’s entirely possible you’ll experience nothing of the sort during your time at an MFA, but then again, you may find yourself crawling through a big stinking pile of it.

The other thing worth mentioning is that if you as a writer are prone to overwork or burnout, you may consider getting a certificate or simply attending a really good writing workshop or two. There are plenty of those to go around, and they don’t require tens of thousands of dollar to attend, either. I wouldn’t trade my time at Western for anything. Really, I wouldn’t. The experiences I had, the people I met (even the ones I ended up disagreeing with), shaped me in unexpected ways. Pressure cooker situations can make you better at what you do, but they can also cause a slowdown or even complete stoppage of your natural creative drive. Ultimately, this is what happened to me, though luckily, writer’s block is perfectly surmountable given enough time and patience.

As I’m sure you well know, creative writing can be pretty difficult, especially when we as writers are put into situations or contracts under which we’re required to maintain constant output. But writing isn’t like most other creative professions, in that it doesn’t just require your creativity and imagination, but also your intellect and higher reasoning skills. To string one word after another, continuously, until a fully realized narrative emerges, that’s pretty hardcore, right? So again, if you are prone to periods of overwork or burnout, if you make a habit of pushing yourself too hard or of not being forgiving or gentle enough to allow yourself time to recoup your creative energy, an MFA may not be for you.

Yes, you can teach with one, and that may be the most useful outcome. Not every writer wants to teach. In fact, I think most don’t. But if you’ve been doing this a while, I’m sure you’ve also recognized the very real truth that superstar authors are few and far between, and even fewer simply got lucky on their paths, as opposed to agonizing over their craft for years and years before anyone showed even the slightest interest. So to teach or not to teach? Well, a paycheck is better than an empty bank account under any circumstance, and since reality is (unfortunately) rather persistent, you may find you need to pay some bills before your incredible new urban fantasy novel sees the light of day.

At the time I attended Western State, the school’s Genre Fiction program was still pretty new, and as such, the faculty still had a few things to iron out. This led to an uneven learning experience at times, but as far as a basic academic progress went, I always felt satisfied. Some of my classmates had a bad habit of complaining about certain aspects of our coursework, but I was always of the opinion that you get out what you put in. In other words, I never even bothered second-guessing individual assignments or their value. I simply treated them as writing challenges, opportunities for me to have fun and excel. And I loved to write, so I committed myself to telling the best stories I could, and at least in the short term, it paid off for me.

One thing is certain, if you go into an intense learning environment with a bad attitude, you’re already behind the eight ball. I had a great attitude, though my somewhat imbalanced mental health picture (at the time I suffered from some pretty bad depression) set me apart from my classmates, in that I occasionally needed extra help and time in order to get my work done. My teachers were more than willing to accommodate me, and thanks to them, I graduated on time and with (mostly) straight A’s. I used that lovely piece of frameable paper to bounce myself into some editing and freelance work, but if I’m being honest, sustained productivity become an issue after that. Perhaps I was just dog tired. Can you really blame me?

When all is said and done, the choice to pursue an MFA comes down to what you value and what you think you can accomplish on your own. An intense, focused experience like this can make you a better writer. I know it made me better. But it’s also true that you can get better on your own, through dedication, persistence, and a healthy work ethic. I think I was open and ready for something that allowed me to hone my abilities in a safe, nurturing, and output-driven environment. I’d like to thank all the faculty and staff at Western State Colorado University for their generosity of spirit and willingness to pass on their considerable knowledge and expertise. Don’t forget, folks, this is your story. Tell it how you want to sell it!

Jeff Bowles is a science fiction and horror writer from the mountains of Colorado. The best of his outrageous and imaginative short stories are collected in Godling and Other Paint Stories, Fear and Loathing in Las Cruces, and Brave New Multiverse. He has published work in magazines and anthologies like Tales from the Canyons of the Damned, Black Static, the Threepenny Review, and Dark Moon Digest. Jeff earned his Master of Fine Arts degree in creative writing at Western State Colorado University. He currently lives in the high-altitude Pikes Peak region, where he dreams strange dreams and spends far too much time under the stars.

Want to be sure not to miss any of Jeff’s Pep Talk segments? Subscribe to Writing to be Read for e-mail notifications whenever new content is posted or follow WtbR on WordPress.