The Perils Of A Writer’s Career: Guest Post by Art Rosch

I’ve known Art Rosch since 2009, when he became a member of a writing site I was administiring called Writers’ World. Although I’ve never met him in person, we’ve been online friends, supporting one another like only authors can ever since.  Art is a great guya da, and a fine photographer, and a damn good writer. You can feel the honesty in his words as you read them, and that’s not something all authors can do. I’ve had the pleasure of reviewing Art’s books, Confessions of an Honest Man, and The Road Has Eyes. I’ve also had the privilage of featuring an interview with Art in my 2016 series on publishing, as well as having him as a member on my more recent Ask the Authors series in March and April.

During my Ask the Authors series, I did a segment on Building an Author Platform. As a member of the author panel, Art expressed his frustration with the whole author platform/marketing and promotion thing and wasn’t sure how he could respond to my questions in a useful manner. Art had tried many paths to marketing and promotion, at times investing much money with little returns. He didn’t understand the problem and explained, “I can’t even give away books.”

This is one of the pitfals for today’s authors. We’re writers, not marketers. I think we all have gone through it at one time or another, (or will for new and upcoming authors). It’s easy for writers to become disheartened with the whole promotion process, especially if they’re not seeing results from their efforts. I told him to give me whatever he had. If he couldn’t tell me what had worked, he should tell me what hadn’t worked for him and why. I would take whatever he could offer. His response was a wonderfully told author’s journey that was too lengthy to be included in that segment of Ask the Author, but was worthy to appear on Writing to be Read, none-the-less. So, with that in mind, I give you this Guest Post by Art Rosch: 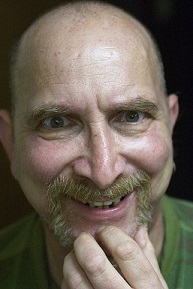 I’m the last person to ask about marketing and publishing.  Perhaps my experiences might be cautionary, might enable other writers to consider how they proceed.  I can only offer my history as a writer.  You can call me disillusioned, but that’s actually a positive state.  It’s good to dream but it’s important to temper the dream with reality.  You can get swept down some terrible false paths by unskilled dreaming.  I believe that this mantra, “dreams can come true if you persist” is a shibboleth.  A lot of bullshit.  It takes skill to dream the right dream. It takes skill and practice to execute a dream and bring it to fruition.  Everything else is about karma.  Destiny.

In 1978 I took a chance and sent the manuscript of a short story to agent Scott Meredith.  At the time, Meredith had a branch of his prestigious agency that read unsolicited works for a fee.  We’ve been warned countless times about this flaky practice, but it was, after all, Scott Meredith.  He represented Norman Mailer and Ray Bradbury, Arthur C. Clarke and James Michener.  I scratched together my fifty bucks and mailed the 3600 words of my comic science fiction tale about a planet where there are six distinct genders.  It was called Sex And The Triple Znar-Fichi.

Eight weeks after mailing my story I received two envelopes.  One was small and one was large.  The small envelope contained a check for $1800.  The large one contained a two year contract to be represented by Scott Meredith.  The agency had sold my story to Playboy Magazine.

I was thrilled and motivated to write.  I was young, ambitious, and not a little fucked up.  There were problems in my life but everyone has problems.  A writer without problems is hamstrung.  Embrace your problems!  They’re your fuel!

A few months passed.  I was sending my works in progress to my editor at Meredith Agency.  He was doing his job.  He made it clear that my first science fiction novel was a bust and that I should focus on the book that has become The Gods Of The Gift.  Then I received a package from New York.  It contained a clear lucite brick featuring an etched Playboy logo.  It carried the news that my story had won Playboy’s Best Short Story Award.  There was another check for $500 and permission to use Playboy’s expense account to bring myself to New York City to attend the Playboy 25th Anniversary banquet and awards ceremony.

The Playboy Banquet was an amazing experience.  I met Playboy’s fiction editor, I got business cards from the editors at The New Yorker, Penthouse, Esquire.  I was a celebrity for the requisite fifteen minutes.  I was hanging with the big hitters.  My table mates at the dinner were Alex Haley, Saul Bellow and their wives.  I was in!  I had made it!

I brought The Gods Of The Gift to a sort of completion and it went on the market.  And didn’t sell.  The agency kept batting for me but I wasn’t turning out viable material.  I wasn’t writing long form books that would sell.  But I was learning.  Two years went by without a sale, and the agency did not renew my contract.  I went into my personal Dark Night Of The Soul, a period that lasted a long time.  In spite of all the obstacles, I continued to play music and write.

In 1976 I had started work on my autobiographical novel, Confessions Of An Honest Man.  I was dealing with a paradox: how does one write an autobiographical novel at the age of thirty?  The answer isn’t complicated.  One starts.  And one lives.  Here I am, now, at the age of seventy, sitting on a huge body of work.  When I was contracted to an agent, I couldn’t write to sell. Now that I can write to sell, I can’t find an agent.  The ground has shifted.  We live in a new era.  Even with a publisher and an agent, we’re still on our own with regards to marketing.  Unfortunately, I’m not much of a marketer.  It takes money to market, and I’m not rich enough to front a sustained advertising effort.  I’ve been online for fifteen years.  I have eight hundred ninety Twitter followers.  My Facebook stats aren’t much better.  I have an excellent blog that features all my media work.  It’s gotten so that I’m shocked when I receive a comment.  I’m all over the web.  I’m on Tumblr, Instagram, Snapchat, you name the social medium, I’m there.

It’s my photography that gets the attention.  I suppose that’s natural.  Images are so much more accessible than literature.  We live in a tough time for writers of quality.  There are so many writers, yet it seems as if there are fewer readers.  The sales figures for my books are shocking.  I can’t even give them away.  In three years I’ve sold twenty five copies of my e-books.  I’ve given away about eleven hundred.  Those figures are spread over three books.  In spite of this epic failure I persist.  I figure I’m somewhere near my peak with regards to my writing skills.  I’m a late bloomer.  I’m also a writer who works a long time on each project.  Like decades.  Confessions Of An Honest Man only reached its completion when I switched from past to present tense.  It changed everything.  I finished that work last year.  Begun in 1976, finished in 2017.  Same with The Gods Of The Gift.  It didn’t totally gel until I had revised it countless times and solved a thorny structural problem.  Begun in 1978, finished in 2016.  I can at least regard my non-fiction memoir, The Road Has Eyes with some affection.  It took a year to write.

I again made contact with the Meredith Agency in 2001.  They didn’t give me a contract but one of their editors was interested in me.  Barry N. Malzberg is/was a science fiction author, critic and NYC literary personality.  His editorial approach (with me, anyway) was brutal, confrontational, maybe even abusive.  The cumulative effect on me was positive, but the experience gave me a two year bout of writer’s block.  He helped me with Confessions Of An Honest Man.  I’m considering making contact again.  With some trepidation.  He was a rough editor.

My plan?  I’m going to invest in Confessions Of  An Honest Man and produce paperbacks.  There’s something about a physical manifestation that enlivens a book.  My intuition tells me that this is the right step.  I’ll follow with my other books. I have an as-yet-unpublished fantasy book, The Shadow Storm (about fifteen years in the writing).  I’ll bring it out.  I expect nothing.  It’s not that I don’t care.  I’m just too f’ing old to have an attachment to results. It’s about the process of writing and publishing.  It’s obedience to my inner voice.

I’m a very flawed person. I’ve lived at the extremes of life.  I’ve experienced the horrors of addiction and homelessness.  I’ve been a yogi/junkie.  How’s that for a paradox?  But I survive and have found a niche in the world.  A place to write.  I live in an RV with my partner and two obnoxious teacup poodles.  That’s good enough.

Thank you for sharing with us, Art. Watch for my review of The Gods of Gift in the near future. You can learn more about Art and his work at:

Confessions Of An Honest Man
The Gods Of The Gift, science fantasy
The Road Has Eyes: A Memoir of travel in an RV

If you’d like to have a guest post you’d you’d like to have featured on Writing to be Read, contact Kaye at kayebooth(at)yahoo(dot)com. I wish I could, but at this time, I am unable to compensate you for your words. This blog is a labor of love, and so must be all guest posts.