Movie theaters across the country are closed due to Coronavirus concerns, so there aren’t many new major films coming out. June is typically the heart of the summer movie season, when all the major studios showcase their big releases for the year. Still, film buffs aren’t completely in the cold right now. Plenty of flicks that otherwise would’ve been released in theaters have come to on-demand services, and some true gems from the past year are getting a little well-earned, extended time in the spotlight.

One such film is perhaps one of the most relevant and urgently messaged home releases for this moment in history. I’m not referring to some pandemic movie that’s meant to invoke COVID fears, but rather a film that deals directly with issues surrounding the current international protests over the death of George Floyd. It’s an incredibly apt time to take a look at racism in the criminal justice system and in our society at large, and Just Mercy, directed and co-written by Destin Daniel Cretton, offers us an unflinching and impassioned portrayal of some truly chilling events.

Just Mercy is free to watch on streaming platforms everywhere for a limited time, and I highly suggest you do so. It’s an affecting film, one that forces viewers to confront the cold hard truth: as a nation, we have failed millions of our own citizens, placed them in handcuffs, incarcerated and criminalized them, often without the benefit of valid and Constitutionally guaranteed due process. As the film tells us in it’s closing moments, one in nine federal convictions has been overturned by the introduction of new evidence, sometimes years after an original crime was committed. That is a startling figure. Put bluntly, Just Mercy is about the wrongful imprisonment, dehumanization, and subjugation of black men and women, and I truly don’t mind admitting (in fact it’s a privilege to admit it) I was in tears by the end.

Jamie Foxx plays Walter McMillian, who, in 1987, was sentenced to die for the notorious murder of an 18-year-old girl, despite a preponderance of evidence proving his innocence and the fact that the only testimony against him came from a criminal with a motive to lie. The movie is really about the early career of world-renowned civil rights attorney Bryan Stevenson (Michael B. Jordan), who graduated Harvard Law and immediately moved to the deep south because, as he put it, “I’ve learned that each of us is more than the worst thing that we’ve ever done; that the opposite of poverty isn’t wealth, the opposite of poverty is justice.”

Michael B. Jordan and Jamie Foxx in Just Mercy

Jordan is terrific as Stevenson, passionately engaged in the portrayal of a young man who simply doesn’t have the word “quit” in his vocabulary. Jordan has begun to make quite a career for himself in this and other films that handle racism directly, though this might be his most grounded and honest role yet. It’s really Foxx who makes the biggest impact, though. Truly, this film offers one of the finest performances of his career. McMillian both chooses to believe and not believe in his right to fair and just treatment. It’s sort of the moral and spiritual undercurrent of the film. This system breaks people down in startling and terrible ways. Even when you’re innocent you feel guilty.

The plot is more or less similar to dozens of other criminal justice movies. A hotshot attorney takes on an impossible case, gathers evidence, faces obstacles and even risks his own life, all for the rights and freedom of his client. But it’s the raw emotionality that distinguishes Just Mercy. Look, we shouldn’t handle this stuff with kid gloves anymore. Either you believe the system targets minorities, or you don’t. A story like this has the capacity to change minds. At a time like this, that could be worth its weight in gold.

I’m a white American. I am not now nor have I ever been an individual who has experienced on a personal level the true horrors of racism. I’m not actually qualified to write a review for a movie like this, not as far as I’m concerned. But’s it’s important to me to listen at a time like this. To learn and to ask myself what I’d be prepared to do if it was my freedom, my life, on the line. Just Mercy is so powerful precisely because it pulls no punches. When a man dies on death row, you feel it. When a racist district attorney undermines and condescends to his African American colleague, it makes you angry.

Anger will only get us so far if we really want to change the world, but information, education, even in the form of a piece of entertainment, it’s incredibly important. And this a great film regardless. In my humble opinion—and by the way, opinions are everywhere right now, so I’m not intensely interested in sharing the full extent of mine—this issue has been politicized to an extreme and absurd level. Leave it to the politicians and pundits to make all the hay they want. With Just Mercy, audiences are asked to take an honest look at incredibly urgent matters and to do more than just think about them. This is a movie that wishes to provoke an emotional, intellectual, and societal response. And it may just do exactly that. 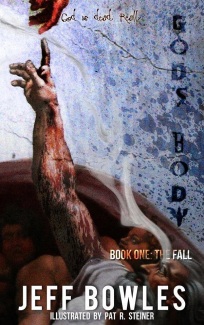 You can keep up on what Jeff’s been watching and catch all of his great movie reviews the second Friday of each month on Writing to be Read. Subscribe to email or follow on WordPress today.