← Words to Live By – Sex, Love, Warfare, and Death
Homeland: An Over(re)view →

Riding the Landscape of Westerns in March 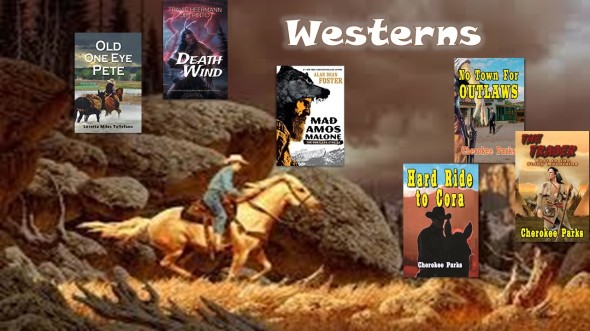 The western genre has always been about man against the elements, man against man, and man against nature. Western heroes are tough and rugged, and ready to face outlaws, Indians, wild animals, and any inclement of bad weather to uphold right and see justice done. In the western genre that I grew up with the good guys wore white hats and the bad guys wore black, and there was no question as to who was who. Cowboys were rough and rowdy, but they were gentleman when a lady was present, tipping their hats and addressing her as Ma’am. There was a clear sense of right and wrong in westerns written by Louis L’Amore and Zane Grey, and right always won out in the end.

Today’s westerns are different. Although you can still find the classic western with authors such as my “Chatting with the Pros” author guest, Cherokee Parks, or the guest for my supporting interview, Alan Dean Foster. But, the western of today isn’t as clear cut. Today’s westerns look past lawmen and outlaws to the less known factions of western society, with protagonists such as soiled doves, Indians, Negroes, and immigrants from many different countries, who may be looked down upon by some as less desirable, so they must work harder to convince the reader that they are the good guy. They portray segments of the western populations which have been previously overlooked or devalued. Although members of near invisible populations, they were a part of the western culture and western fiction is now giving them voice. The tales may be fiction, but the portrayal of life in the western landscape is not romanticized as much as it once may have been. It may be more stark and brutal in many ways, but they are true to the places and times of their settings.

In the western genre market, there are more female authors than ever before, and that means more female protagonists. A woman as main character can’t be a delicate flower who cowers behind her man as in westerns of old. The women of the west were tough, because they had to be. It was often a matter of survival. Even in western romance, the women are strong willed and determined, and they play many different roles on the western frontier. We all know that many women made a living in the parlor houses, bordellos, and saloons, but women played many other roles on the western frontier, and today’s western authors are capitalizing on that. 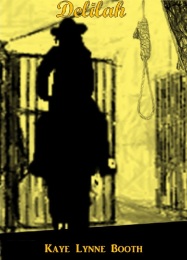 My own western, Delilah, features a tough and gritty female protagonist who, at the age of nineteen, is already hardened against life’s trials. Although not actually a romance, it does have that romance element, but she must learn to love again before that story line can come to completion. Delilah is being re-released this month with a great new cover, (designed by WordCrafter), and new front materials, including forewords by western authors Robert Hanlon and C. Emerson Law. I’m looking for feedback, so please let me know what you think of the new cover in the comments.

The historical westerns of Loretta Miles Tollefson, such as her short fiction collection, Old One Eye Pete, which I’ll be reviewing, are embedded in New Mexico territory in the 1800s. Many of Tollefson’s books feature tough female protagonists who do what they must to survive the harsh landscape and harsher men of the times, who rise above the traditional female role through strength and courage. I think an author must work harder to sell to women characters in non-traditional roles to the reader, but if written well, they make interesting and, often colorful characters that enhance their stories. readers don’t want to put down. Western romance is in abundance. At the end of March, Writing to be Read will feature a special post about my experience as a judge of the western romance category, including reviews of some of my favorite entries.

But in contemporary times, space westerns venture into the science fiction genre, and there are even western fantasy stories, such as the steampunk western romance series of Jordan Elizabeth. Westerns have branched out to combine with the paranormal, creating the weird western sub-genre, such as Death Wind, by Travis Heerman and Jim Pinto, which I will be reviewing this month. This sub-genre is growing in popularity as authors realize the potential for supernatural tales from the old west. The western frontier leaves behind many ghosts and contemporary authors are realizing their story potential. 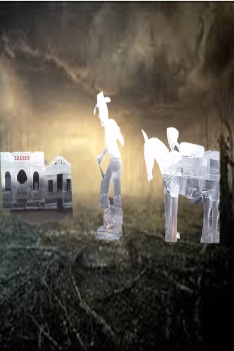 Paranormal western is the genre for the 2020 WordCrafter Short Fiction Contest, but there have only been a few entries. I think maybe authors shy away from the western genre, especially those outside the U.S. that are not so familiar with the history of the American frontier. But the American frontier is not the only possible setting for a western story. Think Quiggly Down Under, for a western story set in the Australian Outback. Every country has western style stories in their history. As long as there is a western element and a paranormal element of some type in your story, it qualifies as an entry. It can be about zombies rambling over the western prairie, on vampires nesting in the Rockies. It can be a haunted hotel or saloon in a frontier town, or a restless spirit that refuses to pass on until the hombre that pulled the trigger on them pays for what he done. If you are a creative writer, then step up and take the challenge to write a paranormal western and send it to me. The deadline is April 30th, so there’s still plenty of time. Don’t forget, the author of the winning story will receive a $25 Amazon gift card. You can find the complete submission guidelines here.

Join us on Writing to be Read as we ride the landscape of the western genre and explore the possibilities. The western genre is alive and well today, although it may look different than expected. I love to hear from readers, so be sure to leave a comment to let me know you’ve visited. Also feel free to like and share.

The Pain and the Sorrow

Not Just Any Man

Not My Father’s House