← “Gnarled Bones”: A Collection of Five Brief Tales
“The Psychokinetic”: Good Story, Believe It or Not → 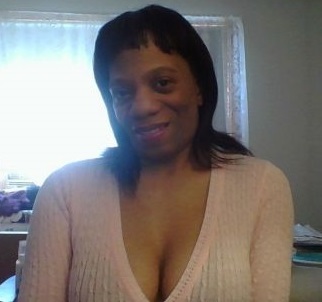 Today’s interview kicks off the Full Moon Bites blog tour for Scerina Elizabeth, a paranormal romance erotica author, who has recently released four novellas: Nocturnia: Her Dark Angel of the Night and Spellbound: The Awakening, Eternally Yours, and Savagely Yours: The Beginning.

Kaye: How did it happen that you’ve had four novellas released so close together?

Scerina: Actually, Nocturnia: Her Dark Angel of the Night was originally released on May 1st, 2017. But due to it being my first ever published book and wasn’t edited nor proofread – I had to go back and edit and revise it than re-release it this month after being edited and revised.

Spellbound: The Awakening was originally released on July 1, 2017 and Eternally Yours: Bloodlines will be released don August 16, 2017.

Eternally Yours was accidentally published and am in the process of rewriting it. It will be about a woman who grows up in foster care.  After moving to New York City at the age of eighteen, she inherits her biological family estate back in Louisiana where she will learn all about her biological family and who she truly is.  She will also discover a dark family secret which she is now responsible for.

There is a prequel to Eternally Yours that I am about to release within the next week or so called Savagely Yours: The Beginning, which tells all about the beginning of Eternally Yours.

I am currently in the process of rewriting Eternally Yours which will be available on August 16, 2017 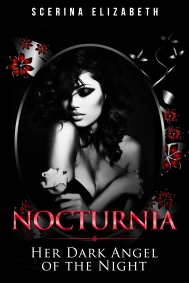 Kaye: Would you like to tell us a little about Her Dark Angel of the Night (Nocturnia #1)?

Scerina: Nocturnia: Her Dark Angel of the Night was really my first true published novella.  I wasn’t planning on publishing it but while writing this little story, I discovered how easy it was to self-publish and publish my own writings.  I was told by two close friends who read the early stages of Nocturnia: Her Dark Angel of the Night to have it published as it should be made into a book.  That it had actual potential to make it in the literature world. 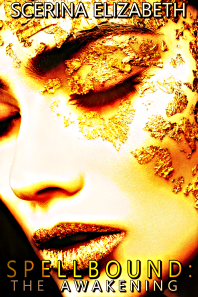 Kaye: What can you tell us about Spellbound: The Awakening?

Scerina: After re-releasing Nocturnia: Her Dark Angel of the Night, I was told that my stories and characters should be more developed with more backstory to them.  I did this in Spellbound: The Awakening, but turns out it was information overload which in turn did more damage to the actual story.  A close friend told me that Spellbound: The Awakening would work best as a full-length novel more than a novella – which I plan on doing sometime in the future. Extending it into a full-length novel along with Nocturnia: Her Dark Angel of the night.

Kaye: You’ve written some very distinct works. Vampires, Dragon Shifters, Witches… What, if anything, do the three works have in common?

Scerina: I am a huge lover of Vampires, Shifters, and Witches – that is my area of specialty when it comes to Paranormal Romance Erotica. I not only enjoy writing such stories but I enjoy reading them as well.

Kaye: What can we expect to see from Scerina Elizabeth in the future? What’s the working title of your next book?

Scerina: Right now, two other Paranormal Romance authors and I have come together to collaborate with other authors (who are interested) in a collection of Paranormal, Horror, & Erotica short stories called HallowErotica 2017 that is due to be released on Halloween – October 31, 2017. You can learn more about HallowErotica 2017 and how to enter your short fiction works @ https://scerinaelizabeth.wixsite.com/hallowerotica2017

As for me personally, my next projects are:

Bitten by A She Wolf: A New Moon Rising book which is an American who is in Europe with his best friends and girlfriend.  While celebrating his twenty first birthday in a club, he catches the eye of a she wolf who is on the prowl for a new mate.  A she wolf who will stop at nothing to get what she wants even if it means stealing him from his current girlfriend to make him hers.

This will be a very interesting story. I am also in the process of working on a prequel to Nocturnia: Her Dark Angel of the Night and also the first book of another series called

Angel Falls will be about a Dragon-Shifter who has just awaken after hundreds of years of being asleep underneath a frozen sea after a shipwreck.  He comes across a woman who was attacked by some kind of creature and takes her back to his home where he tended to her.  This is the start of a very intimate relationship and she could possibly be his true love.

Kaye: As a paranormal romance erotica writer, what kind of research do you find yourself doing for your stories?

Scerina: I have always been a lover of anything and everything Paranormal Romance & Erotica.  I have read numerous books and novellas based around these genres, also based on movies and shows which I watch.  I don’t really do research as I go by memory of what I learn from other books, novellas, movies, tv shows, folklore, and of course superstitions. I add my own little twist to them to make them my own for my stories, to keep them original.

Kaye: What time of day do you prefer to do your writing? Why?

Scerina: I basically write whenever I feel inspired or motivated which is basically anytime really.  I love to write when is quiet so that I can focus more on my stories and the creations of my stories.

Kaye: What is the one thing in your writing career that is the most unusual or unique thing you’ve done so far?

Scerina: The ability to create a unique world or environment for my characters that is unlike any other – originality.  The ability to add my own personal twist to a legend or folklore or something that we so often hear about to make it my own.

Kaye: Are you a plotter or a pantser? Why?

Scerina: I like to say am a plotter, but sometimes the plot takes an unexpected turn and that is when I go with the flow of the story.

I guess you can say am both a plotter and go with the flow kind of author because my the story lines tend to change depending on what my inspiration is at the moment when am writing.

Kaye: What works best to sell books for you, as far as marketing goes?

Scerina: I love posting on Goodreads related Groups to promote my books and novella as well as in Facebook related group to promote.  Twitter is another excellent promotional tool as well. I also promote my latest releases on my own site as well.

I love to post excerpts from my current projects to catch the interests of the readers to give them a little glimpse of my newest project – keep them on their toes so to speak.  So when my book is released, they will want to read it.

I also love the idea of book promotional trailer videos and banner ads with quotes from the book as well.

Kaye: What do you like to do when you’re not writing?

Scerina: I love to read other Paranormal Romance Erotica stories, as well as watch reality t.v. I am a huge fan of real life paranormal reality shows and I enjoy watching any kind of Paranormal/Horror movie.

Kaye: What’s your favorite social media site for promotion? Why?

Scerina: My official site of course. But, I love to promote on Goodreads, Facebook, & Twitter. I love these places mainly because they are very popular and a lot of people who share the same interest and passion for Paranormal Romance Erotica are on there looking for new books and novellas to read.

Kaye: What is the strangest inspiration for a story you’ve ever had?

Scerina: Well this is one for a short story that is based on an old eighties horror film called The Unholy – a demoness who seduces priests. Not only does she seduce them but she also becomes pregnant with their unborn child making it, the anti-Christ.

I have a very creative imagination that can sometimes be very sick and twisted which shows in my stories sometimes.  Hopefully it is what makes my stories all the more interesting and keep the reader’s interest.

Kaye: Why do you think some authors sell well and others don’t?

Scerina: As I learn recently from a really negative review, too much information and too many characters can really kill a good plot.  Especially if it is a short story.

I also learn that sex really does sell especially in these kinds of books as it keeps the reader’s interest and makes them hungry for more.

But if you are using sex as a sell too, you better have a good story line that goes along with it, as sex alone won’t keep the reader’s interest. Yah sure, they love a good sex scene and all that lust – but having a good story line makes it even better.

Kaye: What kind of Chinese food do you order all the time? 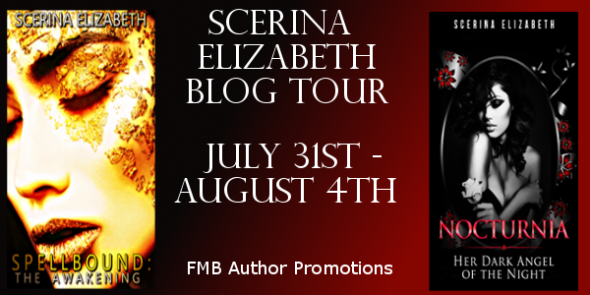 I want to thank Scerina Elizabeth for joining us here on Writing to be Read today, and wish her the best of luck in her writing endeavors. I’m sure we’ve peaked the interest of many paranormal romance erotica readers. You can find out more about Scerina on her Website or Goodreads, or check her out on Facebook or Twitter.