This month on Writing to be Read, we’re exploring superheroes and supervillains, so for May’s movie review, I thought I’d discuss a lesser known corner of the major comic book film adaptation landscape.

DC Comics and their parent company/distribution overlord, Warner Bros., have gotten a bad rap for producing superhero films that simply don’t meet the bar established by their rival, Marvel Studios. Well allow me to clue you in on one area DC has Marvel beat: animated films. Direct-to-video, barely seen by non-fans, but actually pretty good and by and large, better than their big-screen live action cousins.

Warner’s animation division has a long history of excellent superhero storytelling. Warner Bros. has owned DC since the 1980s. It took Marvel two additional decades to receive studio backing from Disney, probably because Marvel was in bankruptcy until it started making bankable movies like Spider-Man and Iron Man. But back in the early 90s, Warner Bros. and DC created the Emmy-winning Batman the Animated Series, which still holds up as one of the greatest Saturday morning cartoons of all time. All these years later, that same group is still together. They have released over fifty (count them, fifty) feature-length animated films that cover all areas of the DC universe.

Whereas Marvel requires audiences to have prior knowledge of their storylines before going into any given sequel, the DC animated film series rarely contains that much connective tissue, except in their main Justice League storyline, which just wrapped up this week with the release of Justice League Dark: Apokolips War. Now that’s spelled Apokolips rather than apocalypse; we’re talking a fire planet ruled over by Thanos-clone and best-dressed uber-villain of the year, Lord Darkseid. And that’s spelled Darkseid rather than dark side, because, well, he was created in the 1970s, and everyone in the comic industry at that time was on copious amounts of “powdered productivity”.

Justice League Dark: Apokolips War is an excellent animated film, one you may just skip if you’re not a fan. It’s got everything in it faithful DC-heads have come to expect. World-ending cataclysms, fists and superpowers and feats of incredible strength, magic and might, and more major character deaths than you can shake a batarang at. 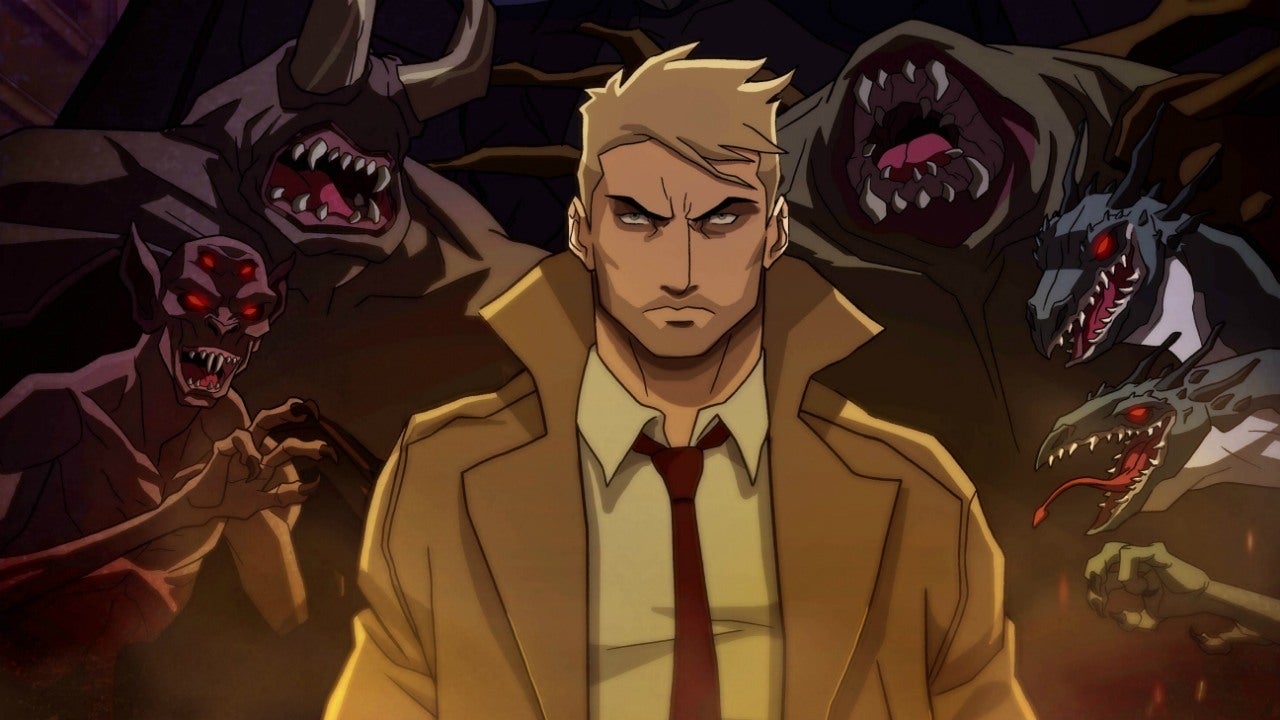 John Constantine (that’s THE John Constantine, once played by Keanu Reeves in his own major film adaptation) is recruited by the Justice League to take down Darkseid for good. When things go terribly wrong, the population of Earth is more or less decimated, and it’s up to Constantine, a depowered Superman, and a small cast of other heroes to set things right.

Whether they do or not isn’t really the point. This small animated movie takes more risks with its characters than any big-screen Marvel romp. Perhaps because they can afford to. When I say there are a ton of unexpected deaths in this thing, I mean it. You never know who’s going to snuff it, which makes it all the more enjoyable.

The DC animated library is of much higher quality than you may expect. Most entries are made for adult fans, which is how you can justify an R-rating for Apokolips War. For crying out loud, these dying superheroes pop like balloons. Like bloody, spandex-clad, hope-to-see-you-in-the-reboot balloons.

The Full Breadth of the DC Animated Universe

You wouldn’t want to sit your kid in front of Apokolips War, but the point is that over the course of more than fifty releases, the full breadth and scope of the DC universe has been on full display. We’ve gotten to see all corners and permutations, from Gotham City to Metropolis to outer space and DC‘s dark magical underbelly, loaded with lots and lots of characters the general public haven’t even heard of. If you want your DC education without sifting through stacks and stacks of old comics, these movies may be for you.

Marvel has a great reputation for entertaining if underwhelming storytelling, and right or wrong, they’re also perceived as being the light and enjoyable flip side of DC Comics and their brooding nature. To a certain extent, that reputation is in error. Read some comics from both companies in any given week and you’re likely to find tonal and narrative identicality.

So it’s kind of wonderful to have such a huge library of animated films that communicate what DC Comics is all about far better than their live action equivalents have done. Truth be told, I’d rather watch some of these cartoons than the likes of Batman v Superman or even the much-hyped huge disappointment that was Justice League.

You remember the Justice League movie? Yeah, not many people do, it seems. Do I Have Something on My Face?

But a good Justice League cartoon, now that I can get behind. The ending of Apokolips War is perhaps not as definitive as was advertised. Really, it’s just stage one of a massive retooling, but I’m fine with that. The legacy begun by that legendary Batman cartoon series from the early 90s is still in good hands, and you can pick out any one of these animated films and have a pretty good time with it. Plus, they’re all available for digital download and streaming.

Maybe animation isn’t your thing, and neither are comics or superheroes. But the truth is there is a massive installed fanbase that is ravenous for any new story from Warner Bros. Animation. These releases don’t do well financially in the larger sense, but every one of them takes great pleasure and care extoling the virtues of this kind of storytelling.

Batman, Superman, Wonder Woman, and hundreds of other DC characters have gotten time in the limelight, a feat that will most certainly never be repeated in big-budget live action form. So maybe it’s a little silly to get invested in a bunch of cartoons, but if you have any love or curiosity for the full scope of what DC Comics has to offer, this is a great place to dig in and enjoy.

You weren’t planning on leaving the house anyway, were you? Oh, you were? Then stand six feet away and in that direction, please. I’m not Superman, you know.