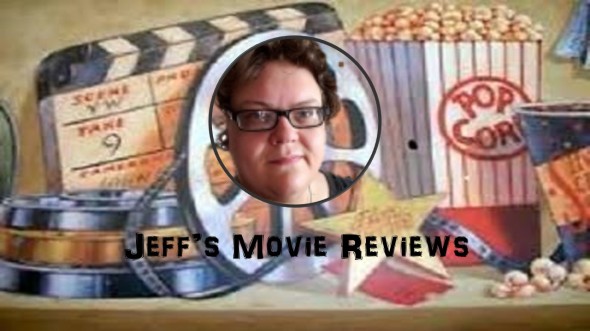 I’m Not Throwing Away My Shot

For a Broadway musical that’s only been around five years, Hamilton casts a long shadow. It’s won countless Tonys, has earned millions of fans all over the world, and it’s just received a major home release on the Disney+ streaming platform, the date of which happened to coincide with the 244th birthday of the United States.

Movie theaters throughout the country are still closed, but that doesn’t mean new film experiences (or even old experiences freshly released) aren’t still coming down the Hollywood pipeline. Lots of films are seeing the light of day as home releases, and all the streaming platforms have really kicked their exclusives games into high gear.

I’ve got a confession to make. Before watching Hamilton on Disney+ this past week, I’d never seen it before. Scratch that, I’d never even heard a song. Not because I’m not a fan of a good musical or because I object to the combination of classic American history with modern American urban swagger, which so many people have seemed to do. Nope, my reasons for never having experienced a single moment of Hamilton are very simple. I am landlocked in the heart of the Colorado foothills, and to me, Broadway might as well be on the other side of the galaxy.

Still, if you don’t mind the impressions of a Hamilton virgin, I don’t mind offering them. The first thing that stood out to me was the simplicity of the stage and the complexity of the staging. Much like Rent, which I do believe Hamilton has borrowed at least a little inspiration from, the entire production happens on a single vague and rather brown-looking stage setup that is wider than it is vertical. Action may occur on the upper deck of the wood-frame stage construction, but its more likely to happen on a kind of front-and-center lazy Suzan that allows for an impressive amount of movement without much needed in the way of set dressing or overly articulated scenery.

All of this enables the raw performances to shine through in some fairly impressive ways. This is a play about Alexander Hamilton, after all, one of America’s more colorful founding fathers. Pistol dueling is kind of a thing in the guy’s story, and every one presented in this play looks, feels, and sounds different from the one that came before.

The leading men of Hamilton

Some people have a problem with all the hip hop and R&B, especially as it’s applied to a historical setting and cast of characters that in reality were wealthy, white, and often owned slaves. Is the setup and mixture jarring? Not to me, but then, I like hip hop, and there is a certain joy to be found, isn’t there? Especially this year? In a positive modern depiction of American History from the context of race and ethnicity? The Battle of Yorktown, for instance, explodes sonically, and it’s all because the rhymes are strong and the vocals are powerful. Other unexpected musical treats include any and every King George III segment and the singular visionary performance of Lin-Manuel Miranda as Hamilton himself. He’s kind of soft spoken, especially in moments of reflection, and though he sometimes runs the risk of getting blown off the stage by more powerful performances, it’s never in doubt to whom this show belongs.

The cast disseminate a lot of information through song lyrics, so you have to stay sharp to follow the story for the first time, especially if you’re not much of a history student. This is perhaps my biggest gripe overall with Hamilton. In the science fiction and fantasy racket we’ve got a thing called info dumping, which implies in a sloppy way exactly what it sounds like. Well get ready, because Hamilton does an awful lot of info dumping, the kind you used to hate in grade school. Dates and names. Ewww. Actually, I’m not sure how else a three hour musical is meant to relate bare bones historical facts, but perhaps in the long run the history of one man is maybe a poor bedfellow for musical theater.

And what about the history itself? Does it check out in terms of accuracy? A lot of hay has been made about the show and its tendency to gloss over or just plain leave out certain key events and elements of Alexander Hamilton’s life and story. I honestly have to wonder as a storyteller myself, is that really such a crime? Or have quote, unquote “historical” plays, movies, TV shows, and even musicals been leaving out the dry stuff for hundreds of years? I mean for cripes sake, even Shakespeare fudged the facts in his famous histories. And that guy didn’t have to rap to sell records (sorry, couldn’t resist).

The performance shown in Disney’s Hamilton was recorded way, way, way back in the ancient year 2016, when people could go out without wearing masks and theater was actually something an individual could participate in. It’s almost like opening a time capsule, but that’s a welcome feeling after the year 2020 has been. Hamilton was a nice diversion for me over my Fourth of July holiday. I’d even say it was needed, especially at a time like this, when I like so many others have been forced to do some deep thinking about my world, my society, my culpability. Even if it’s not a perfect show, even if I get the sense I’ll have to watch it a few more times to really catch every nuance, I quite enjoyed the sense of completeness and strength given to me by Hamilton.

And hey, I’ve got time. Calculated and somewhat neutered American history paired with modern American swagger? Jeff’s Movie Reviews gives Hamilton on Disney+ a 9 out of 10.

How hot do you think all that wool clothing was under those stage lights? Yeesh. It’s enough to make a guy want to pistol duel someone, am I right? 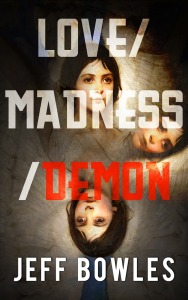