← “Mind Fields”: The Power of Villains in Storytelling
Poet Annette Rochelle Aben shares an interesting poem and some thoughts on poetry and poets →

Marvel and DC Comics have been crosspollinating, competing, and succeeding together for decades. What began as an off-brand creation for DC, the birth of superheroes as we know them, eventually spawned a mega-industry convolving print media, film and television, video games, toys, corporate sponsorship, underoos, you name it. Together, the two powerhouse entertainment companies, along with their parent ownership (let’s not forget Warner Bros. and Disney), are responsible for billions of dollars of revenue and international commerce every single year. You see their most popular characters everywhere you go, Superman, Batman, Wonder Woman, Spider-Man, Iron Man, Captain America.

So is it a wonder, then, that when asked to tell the difference between the two comic book universes, most people honestly can’t decipher what makes DC and Marvel unique. The truth is, that crosspollination factor is very much at play. Read a batch of comics from each company week-to-week and you’re likely to find tonal and stylistic identicality. It’s a bit of a brand new urban entertainment legend that DC is always dark and Marvel is always light. Not the case at all. In fact, the two competing companies more or less share the same pool of creative talent, so it’s only natural they do the flip-flop thing often.

But there are differences, right? I mean, there must be. Why, for instance, do so many DC characters wear capes? And why does Marvel tend to have a long tradition of Cold-War-era nuclear-radiation-themed heroes and villains? All of it, really, boils down to the eras in which the two pantheons germinated and hit their stride. 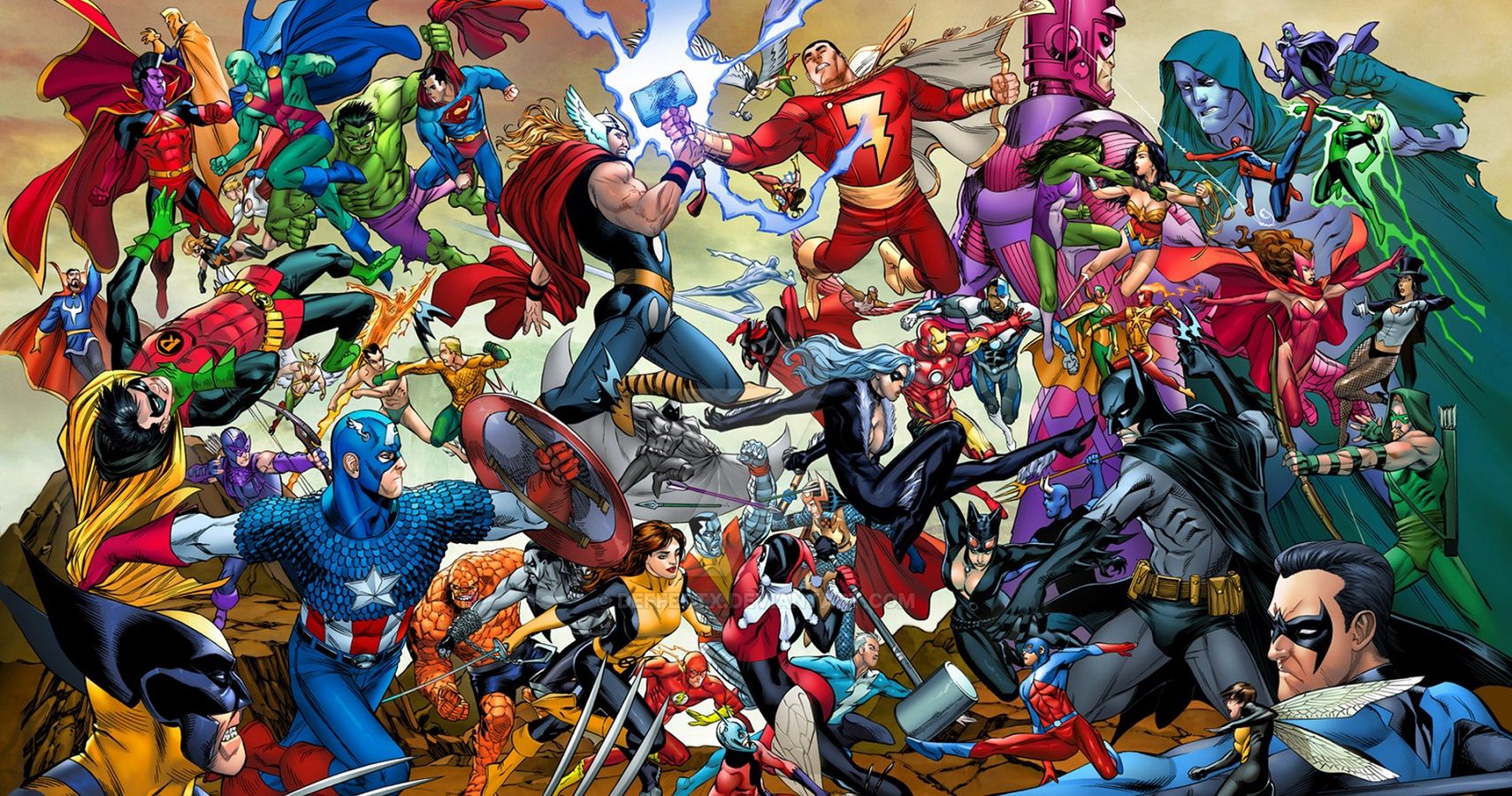 You see, DC Comics more or less invented the superhero with the publication of Action Comics #1. This was the first appearance of Superman, who was just different enough from other square-jawed comic protagonists of the time to birth an industry unto itself. Most of DC’s core character lineup can be traced to the year 1938, and to the decade or two that followed. Batman, Wonder Woman, The Flash, Green Lantern, Doctor Fate, The Spectre, Captain Marvel (now known as Shazam), all created by or incorporated into the DC Universe in what fans refer to as the Golden Age of comic books. And before you ask, yes, there is a silver age, which is when a company first known as Timely rebranded itself with a new outlook and a new creative modus operandi.

In 1961, the freshly minted Marvel Comics introduced The Fantastic Four, the success of which spawned more creations, like Thor, The Hulk, Black Panther, Doctor Strange, Ant-Man and the Wasp, and The Avengers. The impetus of the changes Marvel instituted came as a direct result of actions taken by—surprise, surprise—DC Comics. When DC revamped their aging golden-age superhero line in the late 1950s, Timely and then Marvel felt the need to pump up the bandwidth, as it were.

Here lies the crux of the matter: whereas most of DC’s heroes and villains had roots in mythology, noir, world war, and light science fiction, areas of entertainment particularly appealing to Americans in the 1940s and 1950s, Marvel took a much more grounded approach, one rooted in the realities of the Cold War circa 1961.

DC was a bit gun-shy about placing their heroes in the real world. They’d been punished for doing so before, by the federal government, no less, with the introduction of the Comic Code Authority. In their universe, the Cold War barely existed, or in the very least, it was handled with kid gloves. But for Marvel, it was essential as an ingredient for a new type of superhero pantheon that exploited a changed American mindset. The difference became even more crucial as the 60s progressed and social issues and politics came to the forefront.

The Fantastic Four, The Incredible Hulk, The Amazing Spider-Man, The Uncanny X-Men, Daredevil, All of these Marvel characters have roots in the post-nuclear age. Most of them were straight-up irradiated in order to receive their powers. The funny thing is, DC was so overwhelmed by Marvel’s real-world approach on both creative and financial fronts that they were forced to fight dirty and head straight into the storm. This is when Green Arrow’s sidekick became a heroin addict, Batman at last became the grim avenger we all know him as today, and even Superman had questions about authority.

As I said, crosspollination. It’s doubtful the two companies would exist in the forms we recognize today if not for the contributions and competition of the other, and I think the creators and staff at both Marvel and DC would be amongst the first to admit it.

As the years went on, of course, rampant similarity became the norm. Each company has its own distinct history, has made differing business decisions, big-tent pole story events like the Infinity Saga at Marvel or Crises on Infinite Earths at DC, but in the end, the real differences come down to when and where each set of core characters were birthed.

Being much older, DC has felt the need to “reboot” their characters and settings multiple times, which often leads to confusion amongst non-fans, particularly when it comes to origin stories, which can vary widely from one character iteration to another. Even big players like Superman and Wonder Woman have been imagined in so many different ways it’d make your head spin. Marvel has toyed around with this as well, though to a much lighter extent. The truth is, when you’re playing with DC, you never really know which version of any given hero or villain you’re going to get. The distinction is even more evident in light of contributions from Hollywood, which I’ll touch on next. 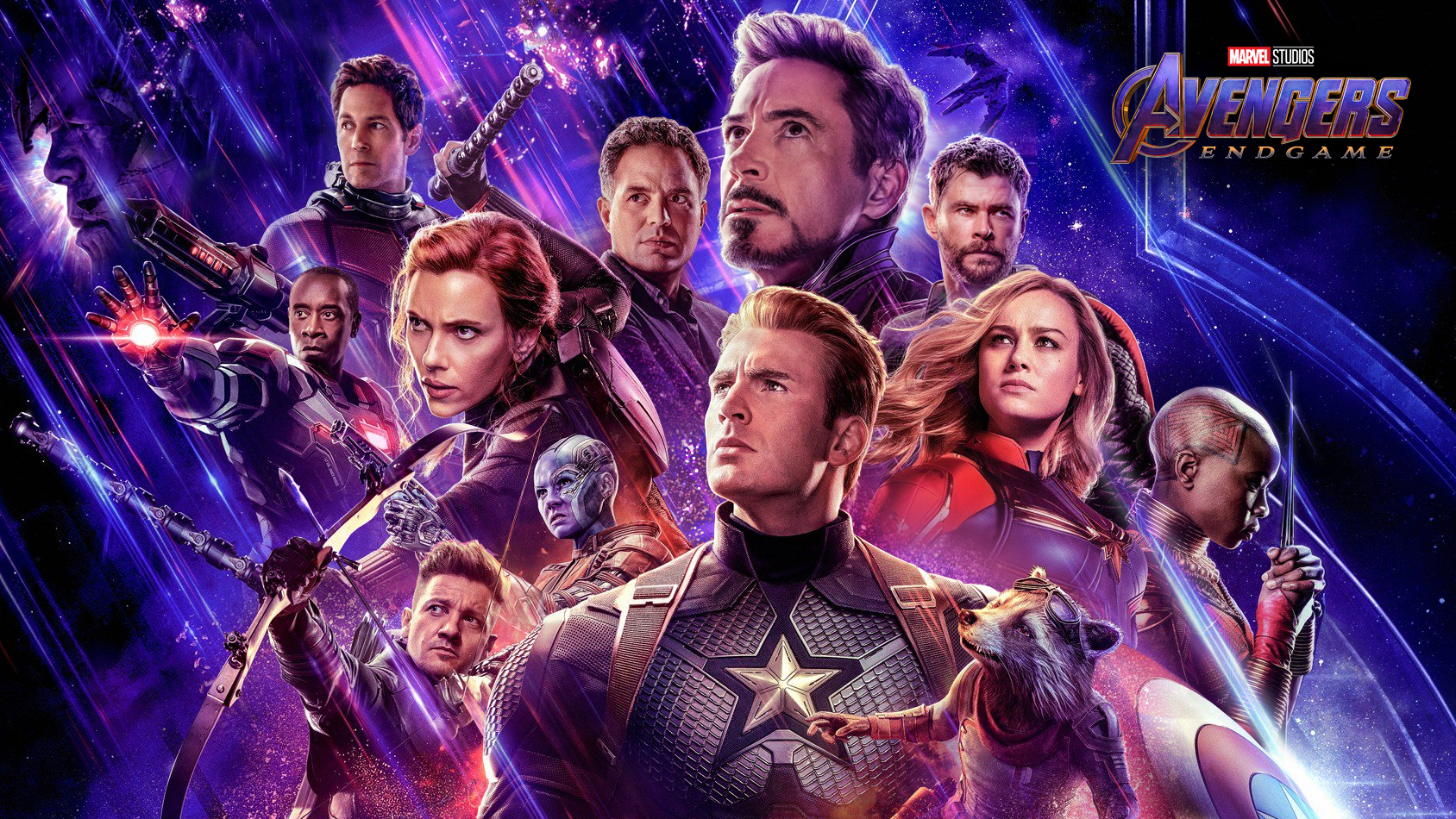 As most people on the planet are aware, Marvel is by far the most popular of the two companies in the year 2020. It has nothing, or almost nothing, to do with the comics anymore. Superheroes and supervillains have gone mainstream in a huge way, and Marvel reigns supreme at the box office. However, DC tends to have them beat on television. The CW, for instance, has an entire mini DC Universe with shows like The Flash, Supergirl, Legends of Tomorrow, Arrow, and new entries Batwoman and Stargirl. The Arrowverse, as it’s known, is not as good as some halfway decent mega-budget Hollywood movies, but hey, it works for most fans.

DC also has Marvel beat on the animation front. Marvel doesn’t really bother with this in a serious way, but DC has a long tradition of cartoon versions of their classic stories. They’re also less of a slouch in things like video games, or last they have been historically. Marvel launched a pretty massive Spider-Man game in 2018, and they’re following it up this year with an impressive looking stab at their flagship series, The Avengers. Coming to a home console near you this Fall, kids. Conglomerate synergy at its finest.

Well, that just about wraps it up for Superhero/Supervillain month here on Writing to Be Read. We hope you’ve enjoyed our comic themed articles all month long. Check back in the archives if you’d like to read more. Maybe we’ll do it again next year. 😊

I’d also like to say that no matter which team you prefer, Marvel and DC always have and always will do their level best to entertain the hell out of you. Both companies come from humble roots, and there have been times throughout the years money seemed more important to them than fans, but they usually come around to the right way of thinking. The gift of entertainment, it’s a high calling in my book. So much of what gives my life meaning as a writer is my ability to wow, shock, and please, and I owe a good portion of that ability to the likes of Marvel and DC. Thanks for reading, guys. See you on the flip.

4 Comments on “DC Comics vs. Marvel – Rivalry and Inspiration”