← Into the Catskills
“Texas Tears”: Christian fiction from the 2019 “Thanksgiving Books & Blessings” collection →

My “Chatting with the Pros” author guest today is both versatile and prolific in her writing endeavors, writing in contemporary and historical fiction sub-genres, as well as young adult and children’s fiction and non-fiction. Though fiction, her historical novels tell the tales that could have been, revealing the women from the shadows of history. But no matter the sub-genre they all have the elements of Christian fiction. She is the bestselling author of over 180 books and winner of the 2000 Christy Award for futuristic fiction. Please help me welcome Christian fiction author Angela Hunt. 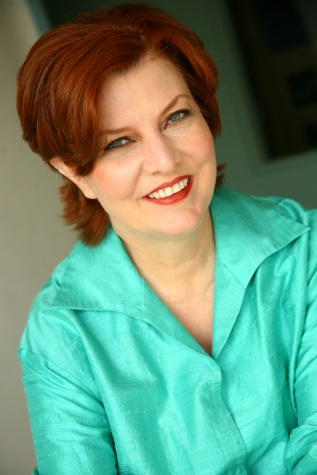 Kaye: When did you first know that you wanted to become a writer?

Angela: I had always been drawn to the creative arts—as a reader and a musician—but it wasn’t until I decided to become a mom and wanted a job I could do at home that I thought of seriously becoming a writer.  I worked so hard to get my kids (we adopted them) that I couldn’t imagine working without them around.

Kaye: What separates Christian fiction from the rest of the pack?

Angela: I don’t write only Christian fiction, but when I do, I try to make sure there’s a spiritual plot line as well as a general plot line and a character arc.  Most of my novels for the Christian market are parables—not preachy, but there is a Christian takeaway if you look for it.

Kaye: You write about historical characters that not much is known about them. How do you complete the picture and create fully developed and well-rounded characters from the little information about them that has been handed down through time?

Angela: I take all the information I can find in every conceivable source, and then come up with a story that does not contradict any known facts. Mostly, I look at the situations my characters are in and ask myself what I’d be thinking and feeling in those situations. Cultures change, but human nature and human emotions are remarkably consistent. Those are the elements that resonate with readers.

Kaye: Which of your characters would you say is your favorite? Why?

Angela: That’s an easy one—my favorite character is Sema, the gorilla in my novel UNSPOKEN.  I based her on Koko, the real gorilla who spoke sign language, and Sema doesn’t do anything Koko hasn’t done—with one exception.  I’d say more, but I don’t want to spoil the plot.

Kaye: Do you prefer to write series books or stand-alone novels? Why?

Angela: I don’t really have a preference. Sometimes I get an idea that works best as a stand-alone, but publishers usually want a series because readers invest in it.  I try to write a mix of both.

Kaye: Which of your novels do you feel is the best writing you have ever done? Why?

Angela: I poured my heart and soul into THE NOVELIST, so I suppose I’d nominate that one. I submitted it and my editor sent it back—it wasn’t up to snuff, he said, because it was “too intellectual.”  So I opened a vein, so to speak, and poured out a bit of my real life. Painful, but worth it.

Kaye: Is there anything unique or unusual about your writing process?

Angela: I like to sit and write in the bay window that allows me to watch my chickens. 🙂

Kaye: What is your biggest writing accomplishment to date?

Angela: I have received letters from readers telling me that my books have changed their lives—that’s priceless. 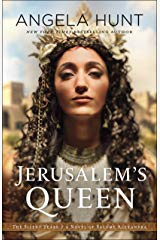 Kaye: What can you tell me about your most recent and upcoming releases: Jerusalem’s Queen and King’s Shadow?

Angela: JERUSALEM’S QUEEN is the story of Salome Alexandra, queen of Jerusalem for nine years before the Romans came in and took over. She was an amazing woman who did a lot for women and girls.  KING’S SHADOW is the story of Herod the Great and his sister, another Salome. Fascinating people I enjoyed learning about.

Kaye: What did winning the Christy mean to you?

Angela: BY DAWN’S EARLY LIGHT won the Christy in the first year the award was given. Winning the Christy was an amazing honor and validation, because almost every writer I’ve ever met is a bit insecure.

Kaye: Would you like to say a little about the writing courses that you offer?

Angela: A few years ago I realized I’d been at this career for over thirty years, so perhaps it was time to share what I’d learned over the years. I have regularly spoken at writers’ conferences, but I did my own two-day workshop and taught everything I know, then videotaped it and put it into book form.  WRITING LESSONS FROM THE FRONT is that book, and the video course is available at writinglessonsfromthefront.com.

Kaye: What can readers look forward to in the future? What are you working on now?

Angela: Ah, thanks for asking!  I decided to keep going—King’s Shadow took me right up to the birth of Christ, so I’ve begun a new series, Jerusalem Road, about women we know existed, but we know little about them:  Thomas’s twin sister, Jesus’ sister (he had two!), and others.  I will be working on these books for the next year or two, with fun projects in between, just to keep things interesting. I think I’ll write about chickens next . . .
I want to thank Angela for chatting with me today and sharing her thoughts on writing Christian fiction and her own works. You can learn more about Angela Hunt and her books on her website or her Amazon Author page. Be sure and catch “Chatting with the Pros” next month, when I’ll be chatting with bestselling horror and dark thriller author Jeffrey J. Mariotte.

You can catch the monthly segment “Chatting with the Pros” on the third Monday of every month in 2019, or you can be sure not to any of the great content on Writing to be Read by signing up by email or following on WordPress.