← Interview with romance author Chris Barili (AKA B.T. Clearwater)
Writing for a YA Audience: Romance Darkly →

(Be sure to check out my video review of Shazam! on YouTube’s Jeff Bowles Central.)

Shazam! is the kind of movie just about anyone can get behind. Film audiences segment into a multitude of groups, but when it comes to comic flicks, you’re either on board for the ridiculousness or you aren’t. Younger audiences tend to take a movie like this more seriously, whereas more mature viewers are often left scratching their heads. When science fiction and fantasy work best, they indulge in a certain real-world approach to emotionality, family, romance, regret, passion, and they do so at high enough levels that any and all nerdy accoutrements go down a little bit smoother, in that for many people out there, they’re extraordinarily hard to swallow.

Shazam! is a big, fun, friendly superhero movie with more heart and humor than just about any other DC Comics offering made in the last twenty years. During a time in which Superman is angst-ridden and Batman is a violent rage-freak, Shazam! understands home is where the heart is. Ask any comic movie fan the difference between the two behemoth companies, Marvel and DC, and you’re likely to hear Marvel is fun and DC is morose. Such is the genius of David F. Sandberg’s new movie. It feels Marvel-fun but engages the kind of deep archetypes and mythic dynamics DC Comics has been famous for since the 1930s.

Billy Batson is an orphan looking for a place to finally call home. He thinks finding his birth mother is the answer, but the truth is, if she’d wanted to be found, he wouldn’t have to break into cop cars and hack suspect ID computers for her deets. Enter the Vazquez family, genuinely supportive parental figures Victor and Rosa, and a full house of five other kids, all of them orphans. The dynamics at play in the Vazquez household expound in wonderful ways when Billy expects disaffection and dysfunction and finds hardcore familial love. And the other kids are all great to watch onscreen, always eager with another funny quip or charming character quirk.

To wit, Billy’s roommate, Freddy (Jack Dylan Grazer), perhaps the best personification of a sympathetic sidekick you’re likely to see all year. He’s disabled, hilarious, and he’s got a keen geek obsession. Superheroes, after all, exist in this world in spades. In fact, one of Batman’s famous baterangs is a star narrative prop, and Freddy’s knowledge of said-comic-isms comes in pretty handy when Billy gets his powers and then has to figure out what the hell to do with them.

Off world or in another realm, or wherever/whenever else you prefer, the ancient god of right-makes-might, Shazam (Djimon Hounsou), searches for a suitable replacement after millennia of tireless service. Unfortunately, the forces of evil are on the hunt for a successor, too. The clock’s seriously ticking, so in a spray of CG pyrotechnics and unexpected altruism on Billy’s part, Shazam summons our would-be hero to his mysterious throne room and endows the kid with strength, speed, flight, and of course, killer lightning powers. All Billy has to do is say his name, and he’ll transform into a musclebound adult version of himself in a red suit and sparkly white cape. Zachary Levi plays the god-like, full-grown superhero with all the adolescent joy, immaturity, and zany recklessness we’d expect from a teenager stuck in a man’s body. This is the where the movie kicks into full Tom Hanks’ Big mode, and Levi is the perfect choice. You get the sense this kind of thing is a walk in the park for him. It’s almost criminal how much fun he appears to be having. 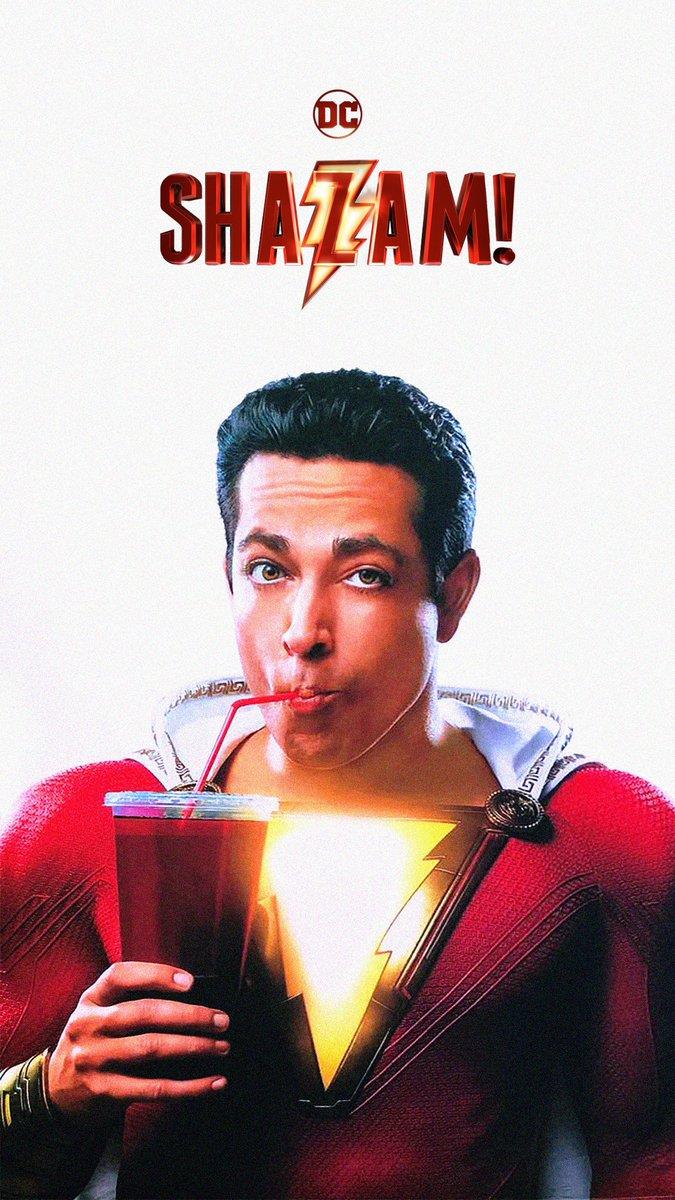 Just as Billy begins to feel confident in his new dual identity, the evil Dr. Sivana (Mark Strong)—similarly endowed with incredible power, but by monstrous avatars of the seven deadly sins—arrives to threaten his heroic dominance, his life, and all the wonderful new people he’s come to love. The real joy of Shazam! is that it takes for granted how crucial it is to have people who care about and support you. So when Mom and Dad and all the other kids are in danger, we really feel the urgency. The filmmakers value them and what they mean to Billy, and we can’t help but do the same.

Billy Batson may not be a groundbreaking addition to the world of comic movies, but he does offer us a glimpse at a different kind of pop superhero psychology. There’s not much tragedy, horrific scarring, or trauma in his makeup, no more or less than in you or me. It’s almost a relief that the film only sparingly engages in world-ending theatrics. An interesting paradigm emerged in March and April, 2019 when Marvel Studios released Captain Marvel, and Warner Bros./DC released Shazam! As any fan will tell you, Shazam was also originally called Captain Marvel, and years ago, the two companies settled the branding dispute out of court. Apparently, Marvel was dead set on maintaining a character that carried their moniker and DC, well, maybe they realized Shazam is a better name for a boy-in-man combo that literally cannot do anything cool unless he, as the advertising declares, says the word.

But whereas Captain Marvel was a movie about finally realizing the power that always dwelt inside, Shazam! is about a sudden overwhelming change of fortune. Sometimes the thing you need most is right there in front of you. It is also admittedly the ultimate adolescent boyhood fantasy to wake up one day and find out you’ve got super powers. Shazam! won’t win any awards for exploring gender, sexuality, or race, but its heart is in the right place, and lest we forget, we could still be watching scowling Superman beating the crap out of growling Batman for no discernible reason other than MUSLCES! ANGER! KA-POW!

Billy Batson is enormously relatable, the perennial loner and outsider who has so much more to offer people than he knows. Who hasn’t felt unloved? Who’s never been lonely? Yet isn’t there always just a bit of hope in all the neglectful crap we have to put up with? Someday an amazing person will recognize me, and I’ll finally come home. It’s the emotional psychology of a movie like this that makes it so effective. Yes, the world is a terrible place sometimes, but when we take off our costumes and put away our utility belts, all we really want to do is laugh and dream.

On the surface, Shazam! is just another silly superhero movie in a sea of nearly identical offerings. But it’s also a fine example of comic book storytelling done right, supremely enjoyable, heartwarming, surprising, in fact more than enough to redeem the brooding misanthropy of other recent DC films. It rivals the very best of Marvel, and what’s more, it recognizes when a cape is just a cape. You don’t need to wipe out half of humanity or destroy the globe to bring out the hero in people. When the chips are down, all you have to do is say the word.

Am I … am I still here? Still just a slightly overweight yet lovable, handsome, and humble author/movie reviewer? I’ll work on that. We’ll get there, folks.

The new Shazam! movie gets 9 sparkling red tights out of 10

Jeff Bowles is a science fiction and horror writer from the mountains of Colorado. The first Wednesday of every month, you can find him dispensing writerly wisdom in Jeff’s Pep Talk, right here on Writing to be Read. The best of Jeff’s outrageous and imaginative short stories are collected in Godling and Other Paint Stories, Fear and Loathing in Las Cruces, and Brave New Multiverse. He has published work in magazines and anthologies like PodCastle, Tales from the Canyons of the Damned, the Threepenny Review, and Dark Moon Digest. Jeff earned his Master of Fine Arts degree in creative writing at Western State Colorado University. He currently lives in the high-altitude Pikes Peak region, where he dreams strange dreams and spends far too much time under the stars.

You can keep up on what Jeff’s been watching and catch all of his great movie reviews the third Friday of each month. Subscribe to email or follow on WordPress today!