← “Not Just Any Man”: A Journey into New Mexico’s Past
Interview with Christian western romance author Patricia PacJac Carroll →

Finding the right books to interest your child in reading

In the few weeks since my last post, two of the bloggers I follow have written a post about children’s books that influenced their lives and the choices they made during their early adulthoods.

These posts set me to thinking about which books, of the enormous number I read as a young girl, had the most impact on me and my life. This thought then led me to thinking about why I love books and reading so much and why it was so important to me that my own boys discover the joys of the written word. From these various thought patterns emerged the realisation that I understood fairly early on in motherhood that, if I wanted my boys to love reading as much as I did, I had to identify what sorts of books would appeal to them enough to draw them away from all the competing attractions in our modern world.

When I was a girl, we only had television for one hour a day and the children’s programs were only in English on alternate nights. There were no ipods, ipads or iphones with all their graphic presentations of battles, adventures, space and fantasy worlds to distract me from reading. Books were the main source of entertainment for me other than socialising in the street with other neighbourhood children. My dad was strict and we could only go out to play with other children between 9 A.M and 12 P.M. and then again between 2 P.M. and 5 P.M. That left plenty of time for me to read. This is not the case for my children. In order to get them to read, the book has to appeal to them enough for them to set their electronic devices aside for a period to read.

Looking back, I realise that I loved fantasy books. I was a huge fan of Enid Blyton. Not her adventure books or girly school books but her books about fairies, brownies, pixies and all the other fantasy folk who existed in her Folk of the Faraway Tree, Mr Pink-Whistle, The Wishing Chair and other similar book series. My favourite of Enid Blyton‘s stand alone books was, and still is, The Land of Far Beyond.

When my oldest son, Greg, was born, I started to read to him straight away. When he was 15-months old he would sit and listen to me read two or three pages of one or other of the Folk of the Faraway Tree books. As he grew older, I read our way through all my old favourites including Noddy and friends, Paddington Bear, Rupert Bear and, one of my all time favourites, Mary Poppins by P.L. Travers. Mary Poppins is fantasy at its best with the children visiting a world inside a painting, watching a circus comprising of acts by the planets, stars, sun and moon, visiting people and lands at each point of the compass and entering a garden they built in the park, inhabited by people made of clay and mud.  It soon became evident that young Greg’s taste in books was similar to mine. While I was pregnant with Michael, I used to read to Greg (aged 2 1/2 at the time) for up to three hours a day. Greg turned into a fantasy reader and has, on his own, read his way through all the Chronicles of Narnia books by C.S. Lewis, The Hobbit by J.R.R. Tolkien, The Indian in the Cupboard books by Lynne Reid Banks, The Borrows collection by Mary Norton (Did you know that Mary Norton also wrote The Magic Bed Knob and Bonfires and Broomsticks which were turned into the Disney movie Bedknobs and Broomsticks?) and then on to the Harry Potter series by J.K. Rowling and now Lord of the Rings and all of Tolkien‘s other books. Recently, Game of Thrones by George R. R. Martin and Wheel of Time by Robert Jordan have swelled the ranks of Greg’s book collection which comprises of approximately five hundred books.

It was so easy to interest Greg in reading that I thought it would be the same with Michael. Little did I know that Michael would follow a different reading path to Greg and it would be much harder to interest him in reading due to his nature and learning barriers. Michael did like having Enid Blyton read to him but he would not read it aloud. I could not get him interested in reading fantasy books, or any of my other favourite books either, to me or alone. This was a problem. There had to be books out there that would tickle his reading fancy. We tried modern books, Horrid Henry by Francesca Simon and Diary of a Wimpy Kid by Jeff Kinney, as well as many others. Michael would listen and enjoy me reading them to him but he would not read them himself.

One day, an interesting thought occurred to me. Maybe Michael, a small boy who loved building with lego and doing science experiments with me, would like non-fiction books. I bought him the entire Mickey wonders why collection. What a hit. Michael loved them. After I had read a few of the articles, he would happily have a go at reading a few pages of one just to keep on learning and reading more. We read our way through all of these books and then moved on to all sorts of other non-fiction children’s books including all the horrible history and horrible science books. I enjoyed reading Michael’s choices too as I also learned from them. When we visited the UK when Michael was 9 we acquired books about Jack the Ripper, the black plague and the great fire of London. I have used each of these books to gain an understanding of these murders and events for use in stories I have written. 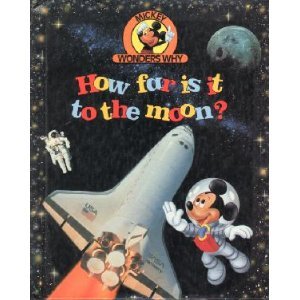 Michael’s audio comprehension has always been much higher than his reading level. I discovered that his enjoyment of non-fiction extended to audio books too. Over the past few years we have listed to audio books about the vikings, the greatest scientists of all time, great inventors and many others.

I have two nephews and two older nieces. I have applied my theory that you just need to find the right books to interest a child in reading to them too. Ben and Ryan also enjoy non-fiction books. Books about science fiction and boys on adventures like the Astrosaurs collection by Steve Cole, Humphrey the hamster books by Betty G. Birney and the Will Solvit books by Zed Storm also proved very popular with the boys.

The girls tastes are different. They enjoy Winne the Witch by Valarie Thomas and they loved the illustrations by Korky Paul. The Little Miss and the Little Men collections by Roger Hargreaves were popular with them. I also discovered that all of the young children loved Dr Seuss and rhyming text was interesting and captivating for their young minds.

If you have a reluctant reader, it may be that you have not found their golden reading lever. Most people have one if you can only find it. If fantasy isn’t popular, try something else.

Hello, my name is Robbie, short for Roberta. I am an author with five published children’s picture books in the Sir Chocolate books series for children aged 2 to 9 years old (co-authored with my son, Michael Cheadle), one published middle grade book in the Silly Willy series and one published preteen/young adult fictionalised biography about my mother’s life as a young girl growing up in an English town in Suffolk during World War II called While the Bombs Fell (co-authored with my mother, Elsie Hancy Eaton). All of my children’s book are written under Robbie Cheadle and are published by TSL Publications.

I have recently branched into adult horror and supernatural writing and, in order to clearly differential my children’s books from my adult writing, I plan to publish these books under Roberta Eaton Cheadle. I have two short stories in the horror/supernatural genre included in Dark Visions, a collection of 34 short stories by 27 different authors and edited by award winning author, Dan Alatorre. These short stories are published under Robbie Cheadle.

I have recently published a book of poetry called Open a new door, with fellow South African poet, Kim Blades.

Want to be sure not to miss any of Robbie’s Growing Bookworms segments? Subscribe to Writing to be Read for e-mail notifications whenever new content is posted or follow WtbR on WordPress.