← Words to Live By – Love in the Time of COVID
“Mind Fields”: The Power of Villains in Storytelling → 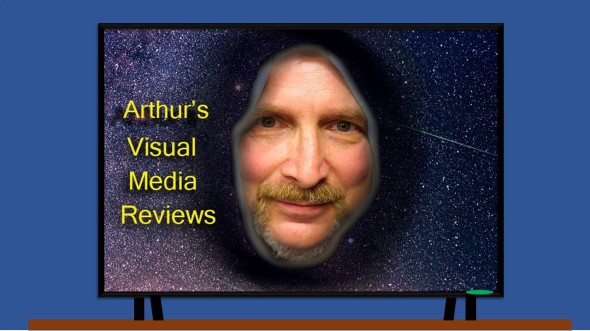 Suicides are complex events. They can be acts of rage, despair, even noble sacrifice. There’s no way to generalize suicide. I spent six years as a hotline volunteer, counseling those who were thinking of ending their lives. I was trained to never be judgmental. I was trained to listen. Sometimes that’s what it takes: someone who listens.

Thirty years ago I discovered my mother’s lifeless body lying sideways across her  bed. Her lips were blue, her face the color of a bruise. There were two empty bottles of Nembutal on her night table. She had taken her own life.

I reveal these personal experiences because I’ve just finished watching the Netflix release of “13 Reasons Why.” It’s a dramatic series about suicide, adolescent bullying and rape. I have a familiar relationship with suicide. Watching the series, based on the book by Jay Asher, shook some bones in my own closet of secrets. It made me realize that secrets can be dangerous.

The TV series is not only powerful, but it occupies a unique niche as entertainment. The episodes are never repellant, though they can be brutally heavy and painful. I was glued to the story as it dealt with traumatic issues without getting preachy or sentimental. I am aware that people are upset about the series. They fear ‘copycat’ suicides, they fear that opening the subject will encourage more adolescent suicides.

I worry that we’ll lose more of our children if we don’t engage in discussion about bullying, rape and suicide.

The book/TV series involves the suicide of  fifteen year old Hannah Baker. Before taking her life Hannah leaves a box of cassette tapes. This is her legacy, her suicide note. On these tapes she describes the people and  events that lead to her death. These tapes are narrated in Hannah’s voice as the series proceeds. They single out key people who betray, misunderstand or criminally abuse Hannah. By the end of the series we have heard and witnessed her story.

The teenagers in this series are portrayed as emotionally isolated. Each character inhabits a solipsistic landscape full of intense but unexpressed feelings. These kids can’t or won’t talk to their parents. Their parents may as well be from another universe. The kids can barely talk to each other. It seems as if American teens are the loneliest people in the world. The stress on them piles up. They’re supposed to be preparing for college, right? Then what? The job market? There are huge demands made on adolescents to prepare for the world’s chaos, for a job market that may change beyond recognition by the time they’re ready to look for work. Sprinkle in a ton of sexual angst. Are these kids depressed? Hell yes, they’re depressed! Where does an adolescent get help for such lethal depression?

The French have a pithy folk saying. “The more things change, the more they stay the same”. This is true at a basic level, but things HAVE changed and changed profoundly. When I compare my experience of high school with today’s high school, I have to wonder: what happened?

The Internet happened. Smartphones, laptops, and tablets happened. The effect of having these tools and toys is that gossip travels with the speed of light. It travels fast and it travels far. Gossip is a staple of interaction among high school age people. Girls gossip ferociously. Boys lie shamelessly. Digital media can transform an ordinary event into a ruinous assault on one’s reputation. An adolescent’s reputation is crucially important.  Reputations are built on perceived sexual behavior. Sex is now everywhere. Children have sex younger and they have it more promiscuously. They are oblivious to the emotional consequences of sex until they’re embroiled, confused, deeply hurt and maybe pregnant.

Adolescents face a different world today. In my time at high school the great threat was nuclear annihilation. Today such threats are multiplied. The teenage imagination must deal with a world where politics is so rotten it’s seen as a futile joke. An atmosphere of threat is pervasive. We face unpredictable, but real disaster from climate change, terrorism, tsunamis, volcanoes, earthquakes, plagues natural and plagues man-made.  The earth is moving under our feet. How does a young person come to grips with the future if the future is so uncertain? The pace of change is dizzying. The nature of the future is beyond imagination. How does anyone think rationally in such an irrational world?

THESE ARE IMPORTANT ISSUES! We need to talk to our kids. We need to be available to our kids and we need to train people to help our kids. We’re not doing any of these things. The funding for counseling in school is vanishing along with funding for band and arts programs. Parents are so busy coping with economic pressures that they have no time or energy for their children. This is tragic and points to a fundamental flaw in our culture. Time is money and money is time spent away from our kids. I don’t know what to do. Circle the wagons. Slow down. Pay attention. Now I’m guilty of being preachy and I apologize. Watching “13 Reasons Why” scared me.

I fear that in our short-attention span culture, these issues will reach a media peak, the fuss over “13 Reasons Why” will reach a crescendo and then disappear. We can’t afford to let that happen.

A Midwesterner by birth, Arthur Rosch migrated to the West Coast just in time to be a hippie but discovered that he was more connected to the Beatnik generation. He harkened back to an Old School world of jazz, poetry, painting and photography. In the Eighties he received Playboy Magazine’s Best Short Story Award for a comic view of a planet where there are six genders. The timing was not good.  His life was falling apart as he struggled with addiction and depression. He experienced the reality of the streets for more than a decade. Putting himself back together was the defining experience of his life. It wasn’t easy. It did, however, nurture his literary soul. He has a passion for astronomy, photography, history, psychology and the weird puzzle of human experience. He is currently a certified Seniors Peer Counselor in Sonoma County, California. Come visit his blogs and photo sites. www.artrosch.com and http://bit.ly/2uyxZbv.

Want to be sure not to miss any of “Art’s Visual Media Reviews” segments? Subscribe to Writing to be Read for e-mail notifications whenever new content is posted or follow WtbR on WordPress. If you find it interesting or just entertaining, please share.