← The Making of a Screenplay: The Creative Process (Part 1)
“Cogling”: A Delightful Steampunk Journey → 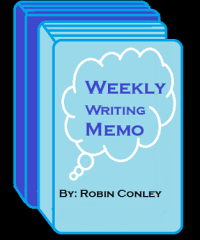 Tone is one of the basic elements within a story. It sets the mood for the audience, and gives context and meaning to the story. Every element within a story works together to set the tone, so it’s important to stay conscious of your choices when writing. If you set the wrong tone for your story, it could turn a comedic story dark, or a serious story comedic. So how do you establish tone in a way that is consistent, and useful?

The language you use to tell the story plays a huge part in setting the tone. Every word you use has a connotation to is, and if you choose the wrong word you can create conflicting tones within your story. For example, if you describe a dead body in an insulting or amusing way, then it takes a serious element and makes light of it which sets either a comedic or flippant. If you’re trying to write a serious mystery, than setting this kind of tone could be damaging to the story.

The key to figuring out what sort of language to use is to figure out who your narrator is. Are they a comedic person? Sardonic? Serious? They’re the one telling the story, so things should be described in their words. They set the tone of the story. If you want a serious story, a hardened detective story or something, then you need to tell the story from a hardened detective’s point of view and have him describe things as a hardened detective would do.

Another element to keep in mind for narration is the choice of phrases used. Part of tone is setting the time period for the story, and if you use phrases that are common slang when writing something like a period story, then you run the risk of ruining the tone. So be aware of slang and usage of idioms and such as well.

How your characters talk helps set the tone of the story. Are they all fast talkers and quick witted like in Gilmore Girls or The West Wing? Do they make dirty jokes like Ryan Reynolds in Deadpool? The way characters talk and interact with each other creates a tone for the story and tells the audience how they should be interpreting a scene. If none of them are taking the problems of the story seriously, then the audience will see no reason to take it seriously.

Where your story takes place can change a story completely. If you look at the show Burn Notice, it has a light and humorous tone about it which is fitting for its location being Miami. If, however, Burn Notice was set in some place like Chicago, it would become a much darker and more serious series. Chicago and Miami have very different personalities, and such distinctions would change the behaviors of the characters living there.

For your story, always be conscious of the setting and what it says about the story and the characters. Do you want a setting that complements your story, or a something you can contrast your story against? How will your character be different because of their setting? How will the plot have to be different? The important thing is to consider the setting carefully, because it doesn’t just impact the tone, but the story and characters as well.

The antagonist in a story, and the conflicts the protagonist have to go up against are something else that set the tone of the story. If the antagonist is someone the audience can’t take seriously, then it’s going to give the story a comedic tone. If the problems or conflicts the protagonist comes up against are simplistic or easy to solve, then they can give the story a young adult or children’s story tone.

Think about the villain and conflicts of the story and ask yourself what they say about your story. If you’re writing a serious story, then your characters need serious problems. If you’re writing a comedic story, you can have serious problems but how they are handles has to be comedic. The tone is established through how the conflicts are handled, and the types of conflicts or antagonists, as well as through how the protagonist interacts and handles them both.

Every choice you make when writing contributes to the tone of the story. Without the proper tone, a story can fall flat and not work. If you don’t believe me, look at some of your favorite stories, be them movies or books, and see how they’d be different if their tones were shifted. Would that comedy still be funny? Would the action movie still be exciting? Figure out how the things listed above are portrayed in whatever story you chose, and see how they helped set the tone for the story. The more you analyze how it’s been done before, the easier it’ll be for you to do it yourself.

One Comment on “Weekly Writing Memo: 4 Ways to Establish Tone”